‘Mirror, mirror on the wall
Tell me
What do you see?’
A LONE figure stood in the middle of the room, her dark tresses covering one side of her face. Her eyes were closed, not looking at her reflection, for she knew the answer.
A thousand times she had asked the question, a thousand times she had answered it herself.
‘I see a fair maiden
Who was once pretty
But now…’

She turned from the mirror and sat down, deep pain in her soft brown eyes, the mental wounds of her past not yet healed. She could still see the sharp glint of the knife, still feel the cold blade as it cut into her flesh and she shuddered, a tremor passing through her body.
If only she had known how easy love could become a deadly obsession. He whose cruel hands had shattered her world, now sat in prison, but the emotional scars were like haunting spectres in her life, day after day.
“I’m alive yet I feel like I’m dead,” she cried softly.

After coming home from the hospital, she had withdrawn herself from society, not wanting to talk to anyone or for anyone to see her because one side of her face was severely scarred.
Falling in love always makes one feel they had found that special one, but sometimes there’s deception within, causing stumbles in one’s life.
Shamita had found that out the hard way for not long after her engagement to Vivek, flaws in his attitude revealed what had been hidden. His cool and pleasant personality transformed sometimes into anger and jealousy that created tension in their relationship. She couldn’t understand what happened, for he was as intelligent and ambitious as she; two young people, forging ahead in their respective careers, he an engineer, she a journalist. 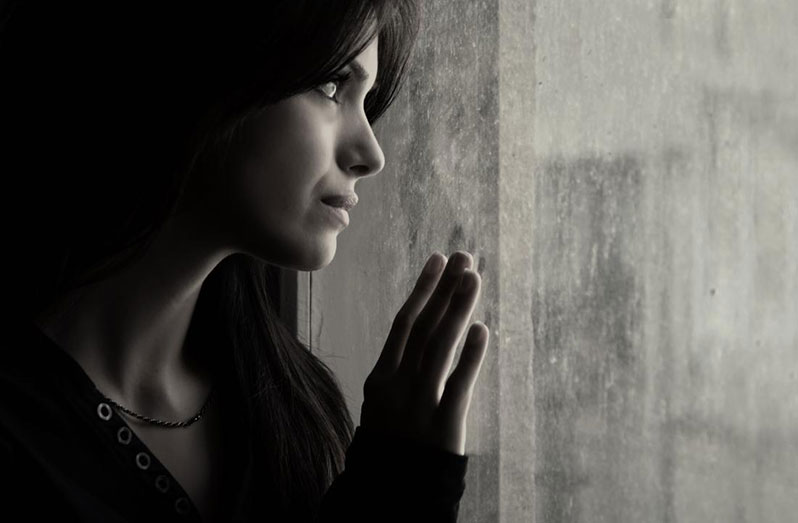 Her intelligence and warm personality were great attitudes for success, but that ignited in him jealousy and the dangers of a possessive attitude that made her uneasy.
He had always apologised for his anger, but his sincerity and regrets seemed shallow. It gave rise to a budding fear in her heart and after reflecting on the real-life stories of women who saw these warning signs and ignored them, she gave him back his ring. She chose to break away before it got worse, not willing to forgive her aggressor, thus saving herself a lifetime of abuse.

He had taken it calmly, telling her he understood how she felt but a couple weeks later, when she came home from work late one night, he attacked her.
“You don’t want me anymore!” he shouted in raging anger, “But I will end it here and make sure you don’t belong to anyone else!”
She had fought him valiantly, an agonised cry in her mind, “I will not die here tonight,” as the knife cut into her flesh.

His merciless quest to kill her failed as she continued to fight, grabbing hold of the knife that cut deeply in her palms, until help arrived. And as she laid on the ground, gasping for breath, weakened by the knife’s wounds, she whispered, “I will not die.”
She had won the battle to stay alive, hailed as a heroine for her brave stance, but a young woman’s life had been interrupted.
She now lived in a small house in the countryside, in seclusion, away from the world. Scared to even speak to a man outside of her family.
“You can’t do this to yourself, Shamita,” her mother had cautiously admonished her, deeply concerned about her emotional state.
“You have your whole life ahead of you.”
“I’m sorry, mom, but I need time to heal mentally. I need to be alone for now to find my strength again before venturing into society.”
“But living in seclusion would give him satisfaction, though he’s languishing in prison, that he has destroyed your life.”
Her mother had broken down in tears and Shamita had hugged her and comforted her.
“Everything would be fine, mother, just believe in me.”
She got up and faced the mirror, pulling back the hair from her face and passed her fingers slowly over the deep scars. A look of firm determination lit her eyes, and she said in a low tone, “One day at a time, mother, one day your daughter will be strong again.”
“One day…” she mused as she wrote in her diary.
To be continued…