WHEN there was innocence, happy times and the embrace of her family; a poor country-girl walking to school with her friends, picking wildflowers by the wayside and playing games on the streets in the afternoons.

The wonderful memories of childhood days that were her precious gems.

Life for her was simple with fewer comforts than her neighbourhood friends and as she grew up, she did not nurture any dreams for as a poor girl she was not sure what the future held.
“Would the one I marry

Make me happy
Or would there be tears?”
Questions answered as she became a young woman as fate took her down different paths, rough and thorny. She had been right not to dream for the tears were more than the happiness.
Now she laid in a cold, dark room, the world no more her home.

“I see no colours
For over my eyes
Lies a dark veil
Hands I can hold no more
Where am I?”
Yesterday was just another day, listening to melodious songs on the radio, chatting with her close neighbours and walking down the street to the main road for a car to go into town.

Now today…
The sound of crying and voices expressing shock hit her like a cold blast and she opened her eyes, gasping, “Why is there crying?”

The voices were coming from beyond the door, voices she recognised and she sat up to call her sons to tell them she wanted to go home, but no sound came from her lips. The door stayed closed and she bent her head, not wanting to see what was around her, not wanting to believe something was wrong.
“I want to go home,” she cried, “My children are waiting for me.”

The door opened and she saw her sons standing there, young men, deep sadness on their faces. She reached out her hand to touch them, to ask what was wrong, but they were not looking at her standing there. They were looking at the woman lying on the slab, their mother. She had been pronounced dead by a doctor at the hospital after she collapsed on the road. 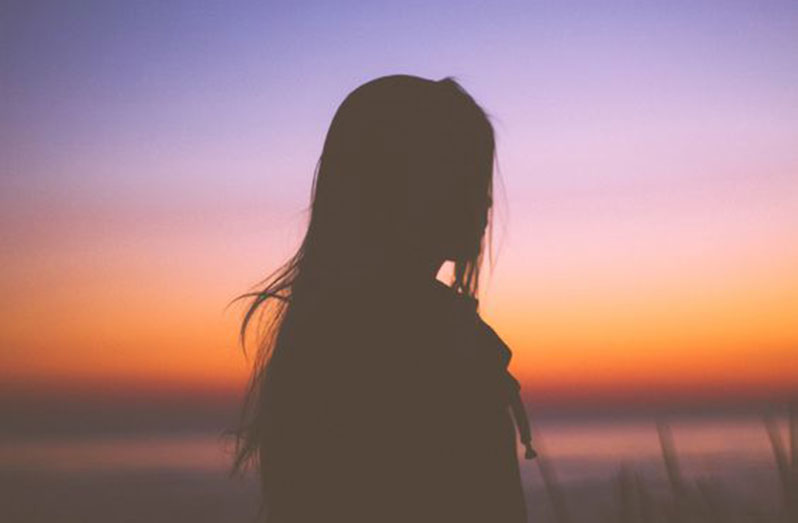 She turned to look and shook her head slowly, unable to believe the lifeless body lying there was her, gone from the world.
Her sons were saying, “How do we go back home without you? Why have you left us?”

“I didn’t want to,” she said in a soundless voice, holding their hands but they couldn’t hear her voice nor feel her touch and they left with deep grief. She couldn’t stay there alone, she wanted to go back home to see the family and close friends she was leaving forever.

She left the cold, dark room for home and the burden of death seemed to dissipate as she stood unseen among the mourners listening to their sentiments, the shock and regrets. Not everything said was good, for her life had been like torn fabrics of a loveless girl. The suffering and pain she had borne were the hallmark of her existence that caused her to deviate into the wrong path. She had been a simple, reputable woman and she could have stayed that way after separating from her abusive first husband, but the death of her second a few years later, and failure of a third relationship caused her to lose all hope. Her carefree life with drinks and friends, to society, was of a woman who had reached her breaking point.

The mother she was though, she did not leave her children behind, the love they shared and the bond stayed strong, though things had changed in their lives.

Society had criticised her lifestyle and judged her harshly, she knew, but to her it didn’t matter for no one knew her pains nor held her hand in the times of need, the poor girl she had been.
Never a rainbow in her life, just grey, shifting clouds.

The day of the funeral she wanted to comfort her sons and daughters, but all she could do as a departed soul was to give them strength to deal with the unexpected tragedy in their lives, for she had left with them something priceless — a mother’s love.

It would soon be the time for her soul to ascend, she knew, so she walked farther down the street to her birth home one last time and as she neared the corner, she stopped by the culvert where many years ago a little girl used to sit and watch the sunset.

That little girl was her.
She sat down but she could not see the brilliance of the sunset, yet it gave her a form of comfort, just sitting there. Time rolled back the years, so she could see the girl she once was, playing and laughing, going to church, wearing her pretty Sunday dress and holding her mother’s hand. Such pure happiness slowly lost its glow when she got married at 16, a change that pushed her further and further away from a beautiful life. Memories would now linger of the good and bad of her life as a woman, and she wondered if the angel of darkness or the angel of light would come for her.

At the corner of the street, she saw the little girl standing with a bunch of wildflowers in her hand, a girl in whose life there was never roses and she smiled as a bright light from above descended.
The little girl smiled too and took her hand.