MERCY Hospital Incorporated on Tuesday increased its service delivery infrastructure after it commissioned a $97M resident care facility which will provide accommodation for 33 senior citizens.
The facility was built from local and overseas donations and investments.

According to Chairman of the Board of Directors of Mercy, Carlton Joao, the building, which is located at lot 3 Pere St Kitty, is furnished with modern equipment with specifications to meet the unique, individual needs of senior citizens.

In detailing the history of the project, the Chairman revealed that in 2013 it was realised that the St Joseph’s Mercy hospital could no longer provide residence for the increasing number of senior citizens in need of this service.

“We recognised there was no space for privacy, dining, recreation or any other activity since the residents were housed in a hospital. Recognising this shortfall, the board and management started having discussions on the need to build a specialised resident care facility” he said.

Having identified a lot and investing four years of time, effort and resources, Joao said that this dream was finally realised on Tuesday.

Delivering the keynote address at the opening ceremony, just prior to the unveiling of a plaque and the ceremonial cutting of the ribbon, was First Lady Sandra Granger.

According to her, the commissioning of this building is a manifestation of the tradition of invaluable service delivery from Mercy over the last few decades.

Having toured the facility earlier this year, Mrs Granger was keen to note that the environment is a conducive one for the elderly, where there are attended to individually.

The First Lady also reflected on the contributions of the Sisters of Mercy – the oversight body of the hospital – to the development of Guyana.

“In Guyana, the Sisters of Mercy have been active in education, health services and taking care of the vulnerable as demonstrated in the past through schools… the Mercy Hospital, the St John’s Bosco Orphanage and their involvement in the care and counseling of girls who have been rescued from trafficking.”

She added that recognition of the need for Guyana’s seniors to live in comfort and with care, had prompted the delivery of this facility which will boost the services industry and enhance the quality of life for those persons housed there.

Mrs Granger also seized the opportunity to extend congratulations to the Sisters of Mercy for this contribution to Guyana their continued efforts in helping to develop various sectors.

Meanwhile, Sister Julie Matthews, President of the Sisters of Mercy Latin America and the Caribbean Chapter, expressed her hope for the lives of the elderly to be transformed. She said that at Mercy Resident Care, they will strive to make every moment of encounter, one that respects the dignity of the person.

The short programme, which was held in the courtyard, was punctuated with musical renditions by the St John’s Bosco Orphanage Steel Orchestra, after which there was a tour of the facility. 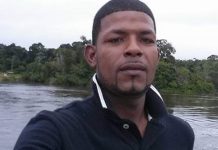 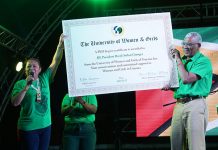 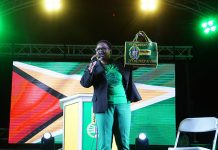