–after being shown their house lots

THE first batch of allottees in Phase One Edinburgh, West Coast Demerara (WCD), were, on Wednesday, shown their house lots as a fulfillment of a promise made recently by Minister of Housing and Water, Collin Croal.

According to a press release from the ministry, some 65 persons were invited to identify their lot and boundary lines by the staff of the survey department of the Central Housing and Planning Authority (CH&PA).

Those persons were allocated lands in December 2020 at the first ever Dream Realised event in Region Three.

It was sheer excitement for those allottees, who expressed gratitude and satisfaction for finally being able to access their land.

A total of 410 lots have been allocated; however, during an inspection of works earlier this month, Minister Croal was informed of some challenges facing the contractors. Consequently, there were delays in the progress of the project.

Even as works are ongoing to make the remainder of the scheme available, the agency has committed to start identifying lots with allottees. By the end of September, allottees in Phases Two and Three will be able to access their land.

It was reported that the development of lands in the region will help to address the backlog of 14,000 applications currently awaiting allocation by CH&PA. 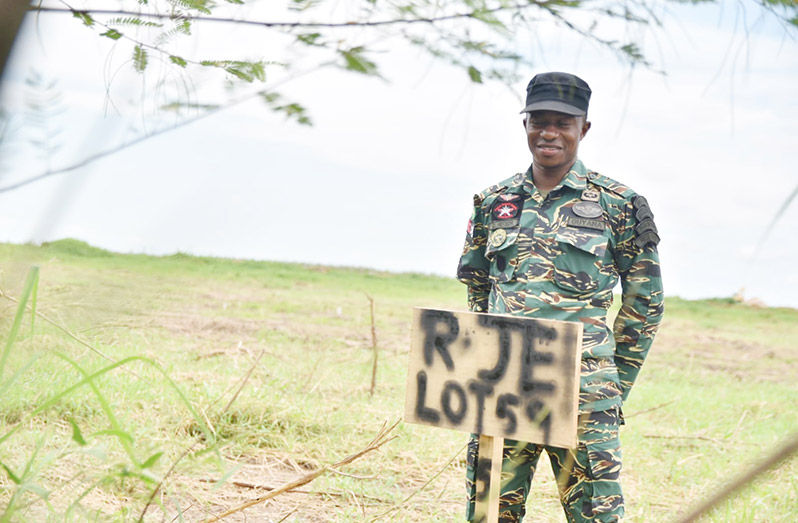 President, Dr. Irfaan Ali, had said that some 1,500 acres of land are being developed in the Stewartville-Cornelia Ida Neighbour Democratic Council (NDC) alone.

“…and this is not 10 years from now. These are projects that are in the immediate pipeline, projects that have already started,” Dr. Ali said.

He added: “In the medium term, if you have an occupancy of 50 per cent in five to seven years, then convert 3,500 [50 per cent of 7,000] by an average of $7 million and you will see the volume of transaction[s] that we’re talking about just in this locality.”

Additionally, under the government’s turn-key initiative, some 200 housing units are expected to be constructed in Anna Catherina and Meten-Meer-Zorg, targetting low and moderate-income earners.

In May, Housing and Water Minister, Collin Croal, had announced that, as the ministry’s 2022 allocation drive continues, some 15,000 applicants will be served.