— to correct the imbalance between consumption and production in the region, says President Ali

AS nations in the CARICOM region continue to be hard hit with food-security issues due to external global factors, President, Dr Irfaan Ali stressed that the time is now for CARICOM to correct the imbalance between consumption and production in the region.

The President highlighted these and other issues on Thursday at the National Cultural Centre (NCC) as he delivered welcoming remarks at the opening of the Agri-Investment Forum and Expo, which will run from May 19-21 at the Arthur Chung Conference Centre.

“We, the leaders of CARICOM, must send a strong message, we must correct the imbalance. We have and we must prepare to achieve the target of 25 by 2025,” President Ali noted.

“We cannot lose this momentum as the region cannot continue the importation of billions of dollars in products that we can produce right here. The time is now, the will is there. Together, we have no other choice but to create a win for CARICOM under these challenging food security times.”

President Ali was one of eight CARICOM heads of government who spoke during Thursday’s opening ceremony, who all stressed their commitment to doing what is necessary to see the regional food- import bill reduced.

During his address, President Ali acknowledged that in achieving the “25 by 25” target, there are many challenges and issues. Nonetheless, work is being done in partnership with the private sector, particularly in the areas of finance, logistics and transport, improving primary production, improving agro-processing and linking markets to produce.

“We recognise if we do not address these issues in a collective, multifaceted manner, then we would not be able to bring the long-term solution that we so critically require,” Dr Ali stressed. 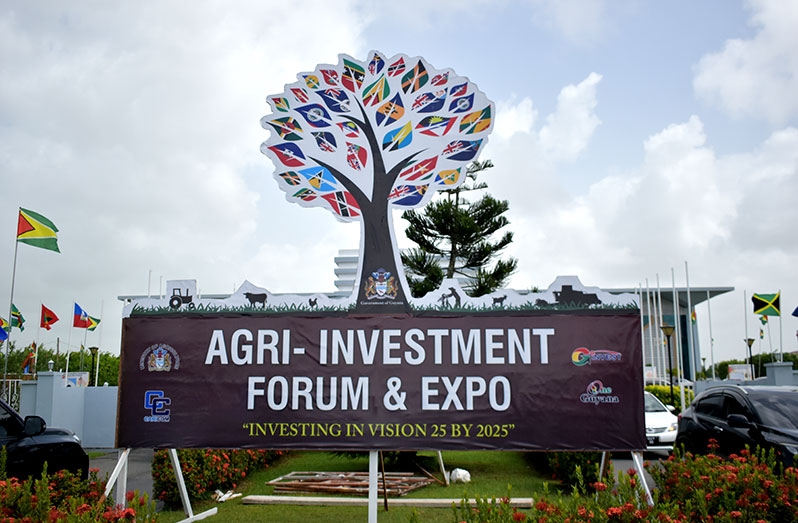 WOMEN AND YOUTH
Special emphasis was also placed on the need for active inclusion of women and youth in agriculture.

“Here in Guyana, we have set ourselves a target in the shade house and livestock projects for at least 20 per cent of farms to be owned by women, and to have a very high participation of young people for the shade houses project,” Dr. Ali said.

The President also went into outlining some of the key areas and ways in which Guyana will be contributing to 25 by 25. Key areas highlighted include poultry production, corn and soya, vegetables and rice.

More than just talking the talk, President Ali noted the government is prepared to walk the walk by putting forth tangible investments in agriculture.

“We are matching the targets with incentives from government,” Dr Ali noted.

The government’s plan to reduce energy costs by 50 per cent by 2025 is also a big part of the plan for growth in agro-processing and other value-added manufacturing sectors, which are energy intensive.

The President also noted that Guyana is exploring ways to tap into the global industrial hemp market, which will reach US$12.01 billion by 2028.

Dr Ali also highlighted the need for increased production in the area of aquaculture, noting the decline in sustainable fishing, with less than 50 per cent of the marine stocks in the Caribbean expected to be fished sustainably by 2030 if this trend continues.

According to Dr Ali, with marine stock on a continual decline in the region, any increase from fisheries supply will have to come either from imports or aquaculture farms within the region.

“The choice is ours. The decision is very simple. If we are to secure our production we must take action to expand our aquaculture industry as extra-regional supplies will be more costly, given the sharp rise of import cost,” he noted.