It is a relatively small village which has four cross streets and the public road area which has some businesses. The community has the Massiah Primary School, the nursery is in the next village and the nearest secondary school is at #65 Babylon Tagore Memorial Secondary School.

The village comes under the #52 to #74 Village Neighbourhood Democratic Council (NDC) which spans 24 villages, and the NDC building is located in #52 Village. Massiah Village #71 is a quiet countryside community where the people are friendly. They will invite you into their homes and ensure that you have a sip of a beverage before leaving.

The village is separated by the public road and it has houses in one section and some of those houses are from the colonial days and are still standing and well preserved by their owners and descendants of the owners. 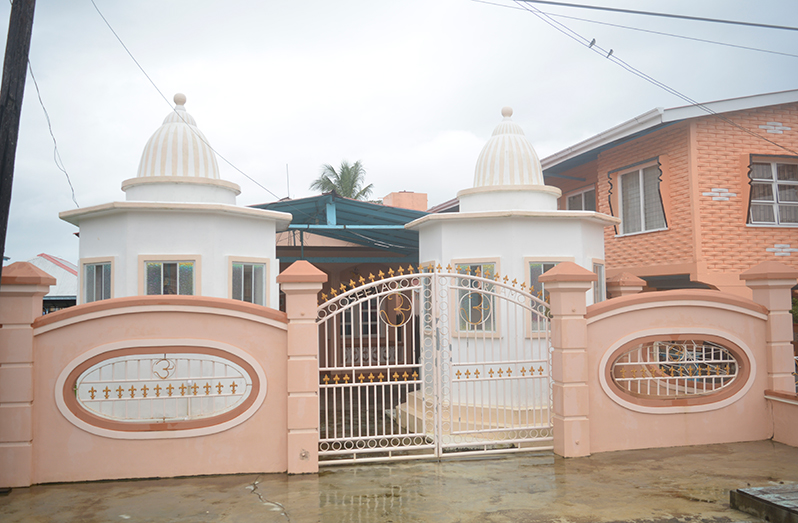 The community is clean and the surroundings are well-kept and it is a place where people know each other and co-exist peacefully. Massiah #71 Village is just a few miles away from Crabwood Creek and Moleson Creek and the farmers have access to the various markets in other villages, where they sell their produce and also have adequate access to rice mills for their paddy and different varieties of rice.

The village has one primary school, a playfield, which sits in the centre of the community, a mandir, a mosque and two churches. The people of Massiah #71 Village are cash crop and rice framers; two residents have large-scale poultry businesses, some large businesses on the roadside, some self-employed folk and public servants.

The population is about 800 of predominantly Indo-Guyanese with some people of mixed race and a handful of Afro-Guyanese.

One was constructed west of the public road linking the middle walk to the first cross street and the other linking #71 and #72 villages.

He disclosed that two and half years ago a heavy-duty concrete bridge was constructed at the first cross street which replaced a wooden one and another similar bridge was also built linking the two villages of #71 and #72 at the Sideline Dam.

Ramgahan stated that in 2020 the old wooden building which housed the #71 NDC sub-office was rebuilt into a one-flat concrete structure.

He added that the Sideline Dam was asphalted from the public road to the drainage canal, way down to the backlands (sea dam) area. Ramgahan reported that last year they did some cleaning of the drains and canals in the village and they were de-weeded as well.

He noted that during a visit by the First Lady Arya Ali on that corridor recently, it was promised that the road leading to #63 Beach will be paved and a contract was signed and road works have commenced.

The all-weather road will be from the public roadway down to the beach and the entrances of #74 to Corriverton will also be paved and construction of the sea defence is also underway.

He explained that with the road the people of the villages from #52 to #71 can access the beach via their own communities and they can start small businesses selling beverages and snacks to visitors going to the beach along those villages.

Ramgahan added that the Middle Walk in Massiah #71 Village will be paved to an all-weather road and there are 56 streets in the villages from #52 to #74 villages that are still mud dams and these will be paved.

He disclosed that the NDC is responsible for the upkeep of 24 villages from #52 to #74and they try to maintain the parapets, drains, canals and streets in these villages as best as they could.

The Vice Chairman noted that within recent times, most of those villages have recorded an increase in the population which means people are living in the backdam area where there are no roads and they are trying to provide them with electricity, potable water and streets.