THE Caribbean Public Health Agency (CARPHA) emphasised that the Caribbean region has a “very high” risk of importing the newer variant of COVID-19, which was discovered weeks ago in the United Kingdom (UK) and is reportedly more transmissible.

According to the CARPHA Situation Report (No. 120) that was published on January 4, a new variant of SARS-CoV-2 (the virus that causes COVID-19) was identified through viral genomic sequencing in the UK. It was found to be potentially more transmissible than previous variants of the virus. And as of 26th December 2020, more than 3,000 cases of this new variant, confirmed by genome sequencing, have been reported from the UK. 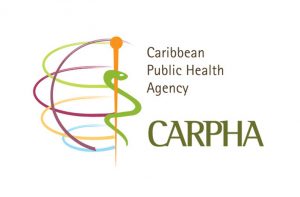 “The risk of importation of the VOC-202012/01 [the ‘UK variant’] to the Caribbean is very high due to incoming travel from the UK and Europe,” CARPHA’s report stated, adding, “To date, four cases of the new variant have been confirmed in Jamaica.”

Jamaica was the first Caribbean country to prohibit all flights from the UK for an initial two-week period ending January 4, 2021. Several countries across the world have restricted travel from the UK and, in some cases, from other countries that documented cases with the variant. This variant has already spread to the US, though.

Guyana has not imposed any ban, as yet. It is important to note that Guyana’s borders have been reopened since October, 2020. Emphasis has been placed, however, on ensuring that all incoming passengers have tested negative for COVID-19. There are several measures in place at the ports-of-entry, to help ensure safety.

Amidst this new strain, however, Guyana’s Minister of Health, Dr. Frank Anthony, recently noted that the country was advised by CARPHA to await further scientific information to guide any decision. A meeting between CARPHA and Chief Medical Officers (CMOs) across the Caribbean was held on Monday (January 4) and it was expected that the regional officials would discuss this variant further and, perhaps, make a coordinated decision on potential travel restrictions.

The Guyana Chronicle is aware that the meeting with CARPHA and the CMOs did occur, but reliable information indicates that the region’s rollout of the COVID-19 vaccine, sometime over the next few months, was the focus of this meeting. Efforts to contact CMO, Dr. Narine Singh for an update proved unsuccessful.

Previously, Dr. Anthony also told this newspaper that CARPHA can assist Guyana in identifying variants, but the agency will probably send those suspected samples to other laboratories, since CARPHA of itself does not have the capacity to test for the variants.

On Monday night, replying to a question posed by the Guyana Chronicle on her official Twitter page, Executive Director of CARPHA, Dr. Joy St. John, said that CARPHA has begun testing for the new variant.

Amidst growing concerns of the impact this new strain will have on the Caribbean, CARPHA’s report stated: “… countries are urged to continue maintaining national regulations inclusive of limiting gatherings, observing physical distancing measures, as well as appropriate hand hygiene and use of facial coverings where applicable. Country travel guidelines and entry requirements should continue to be enforced.”

On Tuesday, a representative of the Health Ministry told this newspaper that the ministry has not yet made the decision to impose any additional restrictions at this time but affirmed that engagement with CARPHA is ongoing.

Importantly, CARPHA emphasised that initial analysis shows that this ‘UK variant’, and another variant that was found in South Africa, suggest that there is no change in the severity of illness or the mortality rate. But, reports do indicate that persons can become more readily infected by the UK strain, given that it is more transmissible.

“Investigations are ongoing as to whether the new variants are linked to altered pathogenicity and clinical outcomes,” CARPHA noted.

In a recent interview with the Guyana Chronicle, the Health Minister explained that there are several variants of COVID-19. Importantly, he noted that someone who was previously infected with COVID-19 could become re-infected by another variant of the same virus.

The ‘South African variant’, CARPHA said, is also of potential concern. Since it was first detected in October 2020, more than 300 cases of this variant have been confirmed.

Locally, in a statement issued to the media on Monday, the Eureka Medical Laboratories Inc. affirmed that it is capable of identifying persons infected with both the common and mutated strains (that, variants) of the novel coronavirus, COVID-19.