OVER $1 billion will be pumped into Region Six annually through the creation of 3,000 part-time jobs for residents there, Vice-President, Dr Bharrat Jagdeo announced on Thursday.

Residents turned out in the hundreds to sign one-year contracts which will see them being placed at government offices or agencies. They will receive $40,000 per month for 10 days’ work.

Speaking at separate meetings at the New Amsterdam Technical Institute, the University of Guyana Tain Campus and at the parking lot in front of the Classic International Hotel, Vice-President Jagdeo urged those recruited to see their jobs as a stepping stone for greater things in life.

On that note, he encouraged the persons recruited, many of whom are young people, to make full use of the GOAL Scholarship initiative and use the time that they are not at work to study.

He also viewed in dim light a call by Opposition Leader, Aubrey Norton, querying the qualification of the persons who are employed under the part-time-jobs initiative that caters for some 8,000-10,000 persons countrywide.

Responding to the call by Norton at his meeting at the New Amsterdam Technical Institute, the Vice-President’s comments to the gathering were sharp, concise and decisive.

“Mr. Norton, the qualification is that they are Guyanese; they do not have to have any other qualification to get the jobs,” he said to loud cheers.

Dr Jagdeo also used the occasion to point out that the jobs are part-time and not temporary, explaining that they could be extended to an indefinite period after contract expiration.

The People’s Progressive Party/Civic (PPP/C) in its 2020 manifesto had promised to provide some 50,000 jobs to Guyanese in its first term in office and the temporary-jobs programme ties into the party’s manifesto promise.

The Vice-President explained that the jobs are necessary, noting that some 35,000 Guyanese lost their jobs as a result of poor policies under the former A Partnership for National Unity + Alliance For Change (APNU+AFC) Government and another 35,000 when the very government shut down the country on the advent of COVID-19.

On assuming office in August 2020, the PPP/C Government made the decision to reopen the country while placing heavy focus on vaccination and containing the spread of the pandemic.

PAID DIVIDENDS
This strategy, Dr Jagdeo said, has paid dividends as Guyana has emerged from the pandemic in a far better state compared to many developed nations with advanced health care systems. Many of these countries had a higher death rate and the pandemic took a toll on their economies.

Guyana, he said, was not spared and even though the country fared better, many ordinary Guyanese felt the squeeze caused by the global contraction in production of vital commodities and slowdown of the global supply chain.

These exogenous factors, as in many other countries, have resulted in a rise in the cost of living in Guyana and initiatives such as the part-time jobs which target employment of one member per household, are geared at offering some relief to those most affected.

Aside from the pandemic, Region Six was severely affected when the former APNU+AFC Government shuttered several sugar estates. Since assuming office less than two years ago, the PPP/C Government has taken steps to resuscitate the closed estates with the exception of the Wales Estate, which was deemed unsalvageable. Wales is the location for the gas-to-shore project.

Apart from breathing life back into sugar, the government will build a stadium similar to the one at Providence, East Bank Demerara, at Palmyra, Region Six. The stadium will be located in a commercial hub that will feature modern hotels, shopping malls and housing areas.

Regions Three and Four have been attracting the vast majority of large investments and the government, cognisant of this situation, is taking steps to shift some of the investments to the other regions, including Berbice, Dr Jagdeo said.

He related: “We have laid out a plan for these two Regions, Five and Six. Already we are shifting some of the oil-and-gas activities to this region, so in the area north of the bridge you will see major investments there that will generate thousands of jobs.”

Dr Jagdeo said since being elected to office, the government has been hard at work delivering on its manifesto promises, and to date, about 80 per cent of them have been delivered.

Value Added Tax (VAT) on water, electricity, machinery, agricultural inputs and other burdensome taxes have been removed; the school uniform grant has been restored and increased from $10,000 to $25,000; school uniform vouchers have increased from $2,000 to $5,000; excise tax on diesel and gasoline has been slashed to zero; old age pension has increased by 40 per cent; more than 10,000 house lots have been allocated; thousands will receive homes; and billions of dollars have been given to farmers affected by flooding and to citizens to cushion the impact of the rising cost of living. 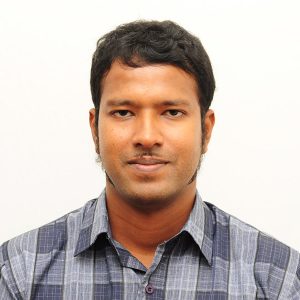