With a unique focus for his business in mind, Adrian Clarke, Managing Director of Clarke‘s Production, sat down with the Pepperpot Magazine to talk about how his company has impacted the lives of many Guyanese.

Through their defensive driving programme, the company trains persons how to be more responsible on the roadways. Clarke stated that it is remarkable noticing the number of road deaths that have occurred over the years.

“We [also do] community-based projects [many of which were] in our 2023 plan, but we are doing it in 2021. Hence we have fast-tracked,” Clarke told the Pepperpot Magazine during an interview.

Additionally, the company has been able to train several persons in personal development, time management, life skills and record management.

Facing challenges and challenging times
Clarke made it clear that both he and his company faced hard times, but he preserved because of his resilience as an entrepreneur.

“Since COVID hit, we have lost some of our biggest contracts, but it is more within me that I stand strong, since quitting is not an option,” Clarke told the Pepperpot Magazine. 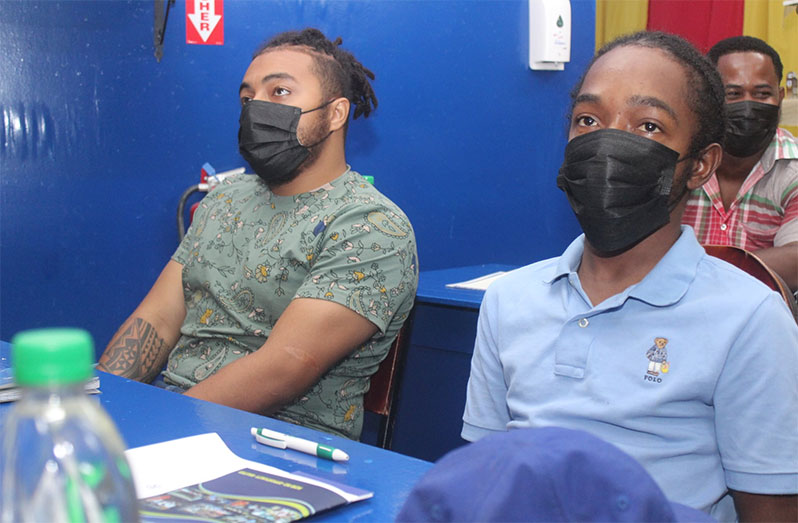 According to Clarke, motivation is one of the key elements for further propulsion, but the company has embarked on training followers as leaders for sustainability.

“So, what we do at this juncture is lead leaders. We have very few followers and the followers that are there follow the leaders within Clarke’s Production; we have been able to create lots more leaders for the company”, Clarke noted.

During the interview, Clarke added that trainers would go through a six-month training exercise aimed at life skills to begin a new set of training programmes. These will include critical thinking, mental health, situation analysis.

Clarke’s Production courses are sponsored by Council for Technical and Vocational education and Training (CVET).

In Guyana, there are a number of companies which are contributing to the development of leadership skills. Clarke stated that his company prides itself in being different from all, because of its programmes are tailored to meet the specific needs of the people that they mentor. Clarke’s Production reaches persons of all ages within the working class of Guyana.

According to Clarke, imbedded in all of the company’s courses is programmes for mental health, but they address an attitudinal issue that has arisen from time to time. “Information is one the elements that mobilise society. Our knowledge and understanding of events and phenomena are all embodied in this vital component, which determines much in our complex world. Therefore, it is important that information shared must provide a positive impact to our audience.It is in this light that Clarke’s Productions (CP) seeks to embrace the principles that will ensure positive dispensation of information.”

During our interview, Clarke noted that training in the various facets of information delivery is the particular specialisation of Clarke’s outfit. He says he is prepared to work with both the public and private sectors to offer both training and direct media support to local institutions. In the areas of the services and product promotion, he said Clarke’s is equipped to offer marketing support by working with entities to produce well thought out advertising pitches and documentaries, public awareness messages and motivational media initiatives for both governmental and non-governmental organisations.

Kirk Clarke has been trained and worked in media for several years, but Clarke’s Production conceptualisation began in the early 90s.