‘TRAMPLE It’ is the name of Jumo’s first video and song for 2020 that he will be marching right into the Soca Monarch competition with, confident as ever that he will win in the competition again.
In an interview with the Buzz recently, Jumo Fitzpatrick Primo, well known as ‘Mr. Rubber Waist’, said he will be vying for the title this year, along with 20 other artistes. The semi-finals will kick off in Linden on February 8, and the performers will then make their way down to Georgetown for the finals at D’Urban Park on February 16.

But it’s not just about the competition this time around for Jumo, as he wants to use his music to educate persons. In the past, he won the competition three times.
His new song tells his fans how they can be successful at overcoming obstacles. “Many times we go through a lot of fight-down with fake friends and people who hate you for no reason, or just because you’re successful and not everyone is strong enough to fight back. I’m not saying fight back physically, but fight with prayers; fight spiritually. So this is what the song is about.”

Commenting further, he said the song is also about unity and making good choices. “It’s all about unity; strength. It says you can’t talk about love if you don’t have love inside of you. It says to hate is a choice; we all have a choice, where we can do well for each other. ‘Trample It’ is about overcoming and burying everything that is negative,” Jumo expressed.
The song was launched on social media recently, and Jumo wants whoever is interested in obtaining it to contact him via his many social media platforms. “You can get me on all social media. Contact me if you need the song for your ‘Mash’ band, radio, etc.”
‘Trample It’ was produced by Timon Fraser from Linden, and mixed by Experts Studio.
Meanwhile, Jumo said he has gotten into business now, as he has found that entertainment and business go hand-in- hand. As such, he will soon be launching a new initiative at his Club 592 on Norton Street called ‘2 to 2’, which will see special arrangements in place for those who want to visit the venue from 2pm to 2am daily.

The 38-year-old Soca artiste opened Club 592 last year at Lot 23 John and Norton Streets, Werk-en-Rust, Georgetown, and opened from Wednesday to Sunday. However, with the launch of 2 to 2, the facility will be opened seven days a week.

The club, once known as the ‘Weddy-Weddy Night Club’ and ‘Passa-Passa,’ has both indoor and outdoor facilities. “Back in the days, people used to come from work and have an after work lime. Not everyone wants an outdoor setting, so we created an indoor setting with music, karaoke; we want to bring back those days. So if you don’t go out late at nights, you can come early and still get the same vibe that you would get in the club.” 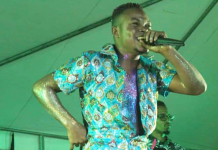 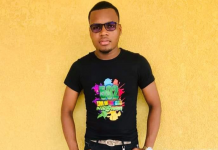 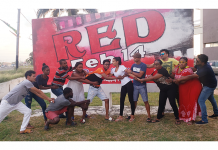