NINETEEN-YEAR-OLD Deborah Darlington is still basking in her success after being adjudged the Region’s top performer for Performing Arts (Cinematics Arts) Unit 2, at the 2020 Caribbean Advanced Proficiency Examination (CAPE).
The teenager secured a Grade One, above four Barbadian scholars and fellow Guyanese Towana Newton, who secured the sixth position with a Grade Three on the top candidates’ merit list.
In 2019, Darlington had written Performing Arts (Drama) Unit 1, Communication Studies, Caribbean Studies, Integrated Mathematics, and English Literature. She secured the top student award in Communication Studies for her alma mater, the Berbice High School.
But in 2020, being advised by Shaundel DQ Phillips, a teacher, and a local filmmaker director, Darlington opted to study Cinematics Arts instead of pursuing Drama at the Unit Two level.
According to the Caribbean Examination Council (CXC) website, the Cinematic Arts option is intended to give the student of film the opportunity to learn the storytelling processes and understand the theoretical aspects of this evolving art form. A working appreciation of the aesthetics, and the social and economic potential of the medium in the Caribbean space and context are the ultimate goals of this option. A balance of theory and practice is provided and the necessary skills give the student the confidence to either pursue higher education and training in this art form, or informed entrance into the film, television and digital video industry.

Darlington, a devout Christian, previously attended St Therese’s Primary and had secured a placement at the Tutorial Academy Secondary School. Subsequently, she was transferred to the New Amsterdam (Multilateral) Secondary School where she secured 10 subjects at the Caribbean Secondary Education Certificate (CSEC) examination.
She confessed that her success was a result of the constant push from her parents, Pastor Gary and Ann Darlington.
“I never knew my ability. I did not realise my capabilities. I was a bit lazy, but my parents pushed me. I spent more time reading, writing and spelling, which resulted in improved grades . Eventually I was among the top in my class,” she said during a recent interview at her Down’s Avenue, New Amsterdam home.
Prior to achieving the regional top award, the teenager had also written Sociology and Literature. She had copped the top student award for Sociology Unit 2 and Performing Arts Unit 2 at the Berbice High School where she had opted to write the advance examinations.
“I was overwhelmed after seeing my name on the Caribbean Examination Council merit list. Initially, I thought it was a national award, but I later recognised I was a regional (Caribbean) top performer. I was ecstatic,” she recalled with a twinkle in her eyes.

Her success did not come without several challenges as Darlington had “to steer her ship on uncharted waters.”
She, along with her classmate Towna Newton, and a few other students wrote Performing Arts at Berbice High School.
“My greatest challenge was [the] internal assessment. But, my colleagues and I were adamant that it was completed in a timely manner. Leading up to the examinations we had to travel twice monthly to Belladrum Secondary School, West Coast of Berbice, where we collaborated our efforts with students there. Credit must be extended to teacher Shinelle Kendall (Temporary) and Teacher Shundell DQ Phillips, who connected me with Canadian-based [sic] filmmaker Ryan Singh, and Errol Chan. Together they guided me, as I was without a permanent teacher,” she recalled.
For the future, Darlington is aspiring to become a teacher, but is open to whatever direction her Creator, may lead her in the field of Performing Arts. 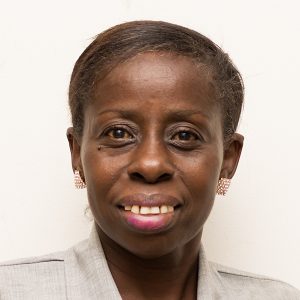