A RIVER is a natural stream of flowing water with a significant volume of freshwater. Rivers are found everywhere, on every land, and on every continent. They start from source or headwater areas such as springs, glaciers, and flow in meandering paths at different speeds. Finally, they discharge into a larger river, or lakes, or most likely, into oceans. Rivers are the main channels of the drainage system. Some rivers flow around the whole year, while some flow seasonally or when it is wet. It may cover much of a continent or flow just kilometres only. 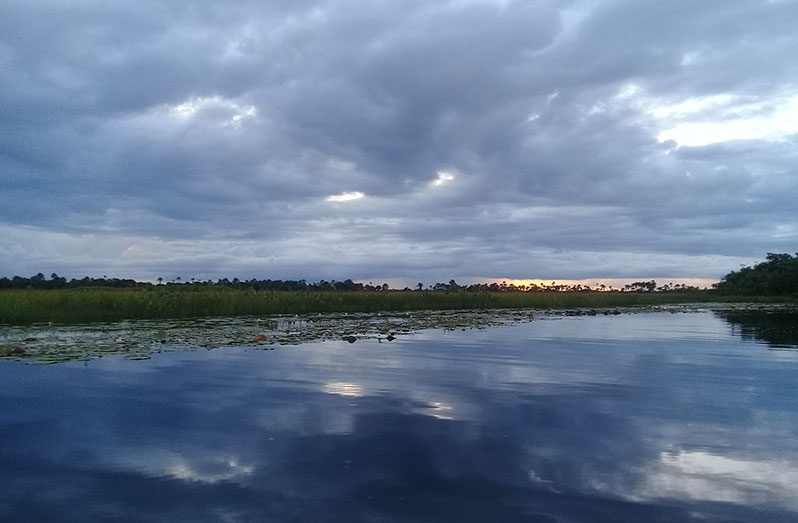 Fresh, clean water is essential for humans and nature to survive. Rivers are precious sources of fresh drinking water for people across the world. When rivers are so badly polluted by industry or unevenly distributed by poor water-management practices, it can be a case of life or death. This unfortunately happens across the world.

Why are rivers important?

* Nutrient cycling
Rivers carry water and nutrients to areas all around the Earth, playing a crucial role in the water cycle and acting as drainage channels for surface water.

* Habitats
Freshwater habitats account for some of the richest biodiversity in the world, and rivers are a vital, vibrant ecosystem for many species. Animals also use the river for food and drink.

* Economic activities
People depend on rivers for their way of life and their livelihoods. From fishing to agriculture, the way we manage our waterways has a direct impact on people’s lives.  Rivers provide travel routes for exploration, commerce, and recreation.

* Energy
Rivers are an important energy source. During the early industrial era, mills, shops, and factories were built near fast-flowing rivers where water could be used to power machines. Today, steep rivers are still used to power hydroelectric plants and their water turbines.

The Essequibo River. River in east-central Guyana, the largest river between the Amazon and the Orinoco. It rises in the Acarai Mountains on the Brazilian border and flows northward for approximately 630 miles (1,010 km) through savannahs and forests to the Atlantic Ocean. It reaches the Atlantic Ocean 13 miles (21 km) west-northwest of Georgetown. Its estuary, 20 miles (32 km) wide, is obstructed by islands and silt. With its chief tributaries, the Rupununi, Mazaruni, and Cuyuni, its system drains more than half of Guyana. 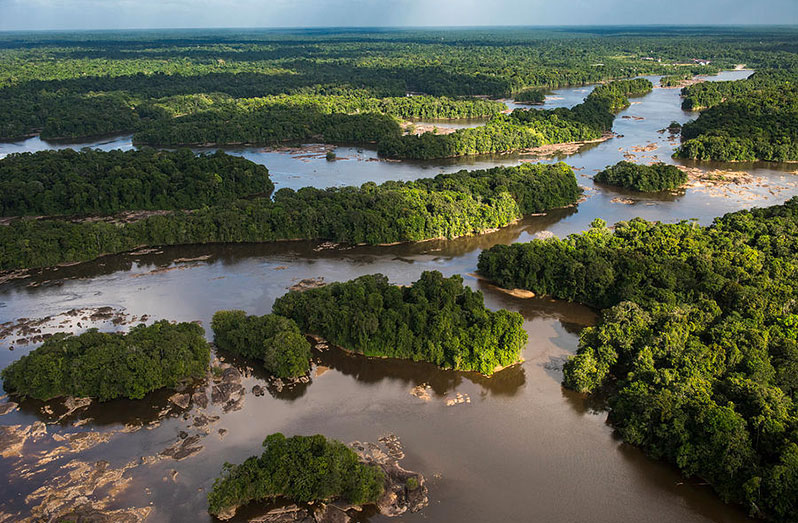 The Berbice River. River in eastern Guyana. The Berbice River rises in the highlands of the Rupununi region and flows northward for 370 miles (595 km) through dense forests to the coastal plain. It enters the Atlantic Ocean at New Amsterdam, where its flow is obstructed by shallows. The basin of the Berbice River is restricted by the proximity of its larger neighbours, the Essequibo and Courantyne rivers, and its only tributary of consequence is the Canje. The river is navigable for 100 miles (160 km) by small vessels; many rapids lie farther upstream.

The Demerara River. River in eastern Guyana that rises in the forests of central Guyana and flows northward without important tributaries for 215 miles (346 km) to the Atlantic Ocean at Georgetown. Its narrow estuary and rapid flow keep clear a direct channel of 16–20 feet (5–6 m) to the ocean. Oceangoing steamers ascend 65 miles (105 km) to Linden for bauxite; smaller ships reach Malali, 25 miles (40 km) farther upstream; beyond lie numerous rapids.
Guyana’s waterways play a vital role in the Guyanese citizen’s day to day activities. As such the EPA makes it their duty to provide water-quality guidelines for any project that might pollute our waterways. The agency also conducts biannual and annual water-quality inspections on all projects that are approved by the agency.

Did you know?
* The Essequibo River has a very rich fauna. More than 300 fish species are known from the Essequibo basin, including almost 60 endemic species.

* The Pomeroon River is one of the deepest rivers in Guyana.

Every citizen must take up the mantle and help in the perseveration of our water resources. We need to keep our waterways free of pollution to continuously enjoy this liquid GOLD.