RESISTANCE to change is common because of the uncertainty attached to this phenomenon, but Machinery Corporation of Guyana Limited (MACORP), one of Guyana’s leading suppliers of heavy-duty machinery and equipment, has withstood the test of time and has even positioned itself to absorb opportunities stemming from Guyana’s burgeoning oil-and-gas-sector.
The sector has already drawn in a number of major global players.
The inescapable truth is that oil and gas will attract major attention, as has been observed recently in Guyana. But, MACORP, which is the only authorised dealer of Caterpillar (CAT) products here, has not, in any way, taken a backseat amidst rapid development. 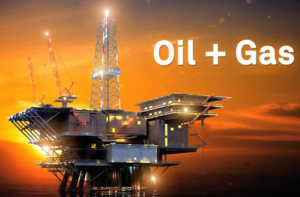 In fact, the company has already invested close to US$1 million (approximately G$200 million) in order to build capacity to service the nascent sector, Chief Financial Officer (CFO) and Human Resources (HR) Manager of the MACORP Group, Anita Ramprasad, has said.
“The facilities are already here, so the investments are in technical training, tools and other items… over the past two years, we would have spent around US$1 million on training, certification, tooling, specialised equipment and other overhead costs,” Ramprasad said during a recent interview with the Guyana Chronicle.
Testimony too of the company’s seriousness in this area, is its appointment of an oil and gas manager and an engineer, both of whom work “24/7.”
The company, through its investments, has already been able to deliver support services to Guyana’s oil and gas exploration and production operations.
But, with ExxonMobil – the key stakeholder in Guyana’s oil and gas sector – set to expand its operations in the near future, the company has evidently taken steps to ensure that it becomes a leading oil service provider.

Since 2015, ExxonMobil, operator of the Stabroek, Canje and Kaieteur Blocks offshore Guyana, increased its estimated recoverable resource base to more than nine billion oil-equivalent barrels. And, following an agreement with the Government of Guyana, the company recently decided to proceed with the Payara field development offshore Guyana.
Payara is the company’s third project in the Stabroek Block and is expected to produce up to 220,000 barrels of oil per day after start-up in 2024, using the prosperity Floating Production, Storage and Offloading (FPSO) vessel.
The $9 billion development will target an estimated resource base of about 600 million oil-equivalent barrels. Ten drill centres are planned, along with up to 41 wells, including 20 production and 21 injection wells.

OPPORTUNITY
This presents an opportunity for MACORP to further expand its reach in the sector, since, according to Ramprasad, the company already shares a commercial relationship with all of the main contractors and sub-contractors in the sector.
“We are a registered supplier… we also sit on the board of the Guyana Energy Chamber,” Ramprasad said, noting that the company’s aim is to be the leading oil service provider in Guyana.
This aim, she said, is aligned with the company’s business model, which is strategic and caters for competition.
The business model was further boosted when the company became a certified marine dealer after receiving accreditation from CAT. Caterpillar Inc. is an American Fortune 100 corporation that designs, develops, engineers, manufactures, markets, and sells machinery, engines, financial products, and insurance to customers via a worldwide dealer network. It is the world’s largest construction-equipment manufacturer.

“We are now, in CAT world, a certified marine dealer…. this process started two years ago and it was no easy task,” Ramprasad related.
To achieve this certification, the company had to invest close to $40 million on four employees, who were sent aboard to undertake specialised examinations; a process which lasted 18 months.
“We have invested a lot on four employees to receive this marine certification… CAT audits your process, the skill of the employees, output, equipment, tools and standards to meet the demands of the oil and gas industry… we were subsequently certified after this,” Ramprasad said, adding that the company received a top tier, gold standard certification despite being new to the sector.

With this accreditation, the company has eliminated the need for stakeholders in the sector to look outside of Guyana for various support services.
Added to this, MACORP is a “six sigma company,” holding both black and green belts. According to research, “six sigma” is a quality-control methodology developed in 1986 by Motorola Inc. The method uses a data-driven review to limit mistakes or defects in a corporate or business process.
“There are not many companies in Guyana that can do six sigma… this is commonly associated with Fortune 500 companies and basically entails no wastage of time and so forth,” Ramprasad explained.
As far as quality control goes, the company is also ISO 9001 certified, and has been awarded for the maintenance of a robust system of quality.

UNMATCHED
Ramprasad is of the firm view that the company’s quality-control systems are unmatched; this being a critical element of their business which would afford them the chance to tap opportunities in the oil-and-gas-sector.
The company has already made many strides in this area, with one of the first being the opportunity to send four of its employees offshore to participate in one of the first projects aboard the Liza Destiny Floating Production Storage and Offloading (FPSO) vessel.
Ramprasad said the company, since then, has been participating consistently in many jobs related to the sector. And, there is definitely no intention to stop there, as the company has already committed to consistent advancement and development in the coming years.

It was reported recently that the company will be constructing a US$25 million (approximately G$5.4 billion) mega complex at Covent Garden, on the East Bank of Demerara (EBD).
The state-of-the-art five-section complex will house its new corporate office and other facilities, which will offer services to every productive sector in Guyana, particularly oil and gas.
More than 700 Guyanese-owned businesses have already been able to secure work in Guyana’s nascent oil-and-gas-sector.
In just five years, local investors have been able to position themselves to absorb opportunities emanating from a sector.
Prior to ExxonMobil’s discovery of oil, offshore Guyana, indigenous businesses focused primarily on the traditional sectors such as agriculture, gold/diamond mining, forestry and tourism and commerce, among others.

Some 18 discoveries have so far been made in the Stabroek Block since 2015, but just three projects have so far been sanctioned – Liza One, Two and Payara. The operator, ExxonMobil, expects this to ramp up to around five by 2026, generating more than 750,000 barrels of oil per day. ExxonMobil has since increased its estimated recoverable resource base in Guyana to more than nine billion oil-equivalent barrels.
While this development has attracted many foreign ‘eyes’, Director of the Centre for Local Business Development, Patrick Henry, had said that over 700 Guyanese-owned businesses have received some type of contract, purchase order or other work within the oil and gas sector.
Guyanese businesses have been contributing to the oil and gas supply chain, which includes services such as transportation and even professional services ranging from lawyers, accountants, caterers and even auditors.

Navendra Seoraj
Guyana stands with St. Vincent, Barbados
Largest shipment of COVID-19 vaccines arrives in Guyana
Brighter days ahead
Champagne village gets Internet for first time
Cuba has a new leader and it’s not a Castro
View All