ACE Guyanese boxer Elton Dharry was forced to refuse an ESPN fight due to a lack of training stemming from COVID-19 lockdown protocols in place in New York.

The Brooklyn resident, who has kept Guyana in the top 15 of the World Boxing Association (WBA) Super Flyweight division since 2014 and in the top 10 for two consecutive years (moving as high as fifth), was recently offered a fight against number one contender in the World Boxing Organisation (WBO) bantamweight division, Joshua Greer Jr.
Dharry, who noted that the June 13 battle would have been a “huge fight” for him, said that the lockdown has hampered his gym time and he is unprepared.

“I was very, very tempted to take the fight, but knowing I will not be fully prepared due to the current situation I had to let it go.”
The Top Rank fighter Greer Jr, who has 22 wins, one loss and a draw in his professional career, would have been Dharry’s second major fight in six months, given that the Leguan-born went up against Australian Andrew Maloney in November for the WBA Super Flyweight World title.

Though he lost the very close bout (via a debatable stoppage by the referee one second into the ninth round), the Guyanese proved his dominance in the ring. Not only did he drop his opponent (was not acknowledged by the referee), but he burst Maloney’s eardrum in the fifth round.

Since lockdown started on March 22 in New York, Dharry has had to resort to regular training at home. He even travelled to Pocono Mountains (Poconos) in Pennsylvania to get sparring sessions, but no boxer was available.

The US-based Guyanese, who has fought professionally for the last 16 years said that he is looking forward to getting back into the ring, but it must be after he is prepared.
“I’m hoping to fight later this year. I’ll be ready as soon as I can get back in a gym and start sparring.” 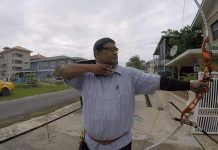 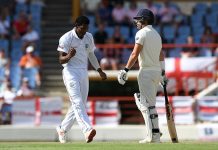 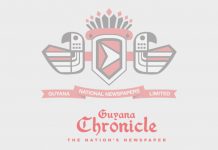