A 19-year-old miner, Dave Boyal, was allegedly murdered by a close relative who was also his employer on Friday.
Boyal of Batavia, Cuyuni River, was murdered at Blackwater Island Backdam in the Cuyuni River around 22:00hrs, reports say.

A police investigation has revealed that the victim and other workers were in their hammocks when the suspect, who was seemingly intoxicated, entered the camp and began to cut down the hammocks.

“The deceased tried to persuade him to stop and during that intervention, the suspect picked up an arrow and fatally stabbed him in the abdomen,” said the Guyana Police Force in a statement.

The body is at the Bartica Hospital mortuary awaiting a post-mortem. The suspect of Batavia Island, Cuyuni River, has been arrested and is assisting police with the investigation.

In separate case, police in ‘F’ Division, acting on information, went to a mining camp located at Kupang Backdam, Cuyuni River where they conducted a search and found an unlicensed shotgun and 29 live cartridges and an empty cartridge casing. A 38-year-old chef has been taken into custody. 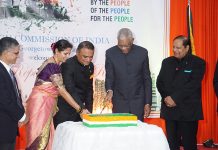 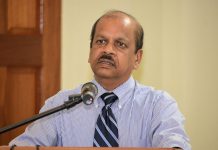 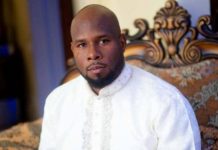