GUYANA’S senior men’s National football team, more popularly known as the ‘Golden Jaguars’, are a win against Belize away from creating history by qualifying for the 2019 CONCACAF Gold Cup; the confederation’s marquee tournament, which is played biennially among the top countries from qualification within the Caribbean, Central America and North America region.

On March 23, Guyana will face the Central American territory (Belize) in a game that GFF is hoping to host at the Guyana National Stadium and not at Leonora, the usual stomping ground for the Golden Jaguars, a source close to the GFF told Chronicle Sport,

The source explained that at present, the GFF is in talks with the Government of Guyana for the use of the facility and it is hoped that permission is given.

In fact, I believe that it should be given, due to the relevance and magnitude of the game. The National Stadium will allow for more persons to support the Michael Johnson-coached team, since many are of the opinion (myself included) that the Leonora Track and Field Facility is too far for ardent football fans to commute to support, the source conrinued.

Remember 11.11.11 when Guyana faced Trinidad and Tobago? Remember how thousands of fans filled the Guyana National Stadium to cheer the team on? Also, remember the outcome of the game?

For those with short-term memory, Guyana defeated the star-studded ‘Soca Warriors’ 2 – 1 (Ricky Shakes 11’, Leon Cort 81’) to progress to the penultimate round of the 2014 World Cup Qualifiers in CONCACAF for the first time. Sadly, this article will not mention the happenings of the 2014 World Cup qualification campaign.

GOLDEN JAGS AIMING TO ROAR LIKE THE LADY JAGS

While the women’s side, ‘Lady Jags’ graced the Gold Cup in 2010, Guyana Football Federation’s (GFF) flagship programme (senior men’s team) have never played at a major CONCACAF tournament, only coming close in 2007 when Guyana fell one goal shy of qualification.

Fast forward to 2017 when CONCACAF, under president Victor Montagliani introduced the Nation’s League, which is a new national team competition platform they had designed to maximise the quality, quantity and frequency of competitive matches for all Member Associations within the confederation, the opportunity presented was perfect for GFF.

The task was artless – finish in the top ten of the 34-team Nations League qualification tournament and Guyana were in the Gold Cup.

Johnson, a former Jamaican International was named head coach and his task was a simple one – get Guyana to the Gold Cup.

Though the team had beaten Turks and Caicos 8-0 after a disappointing 2-2 home draw against Barbados, a 1-2 away loss to French Guiana placed Guyana in a position where it was mathematically improbable for them to reach the CONCACAF showpiece, since only the teams finishing in the top 10 will advance.

Luckily for Guyana, it was later revealed that the Carlisle United and former Bury FC forward Hallam Hope, who had scored both goals against Guyana, did not have the proper clearance from FIFA and the English FA to represent Barbados.

Then CONCACAF stated that their Disciplinary Committee decided to sanction the Barbados Football Association (BFA), by declaring as a forfeit the CONCACAF Nations League Qualifying match played against Guyana, on September 6, 2018.

CONCACAF noted that after due examination of the evidence, the Committee determined that the BFA infringed the applicable articles of the Tournament Regulations and the Regulations Governing the Application of the FIFA Statutes, in relation to the eligibility of players to play for representative teams by fielding ineligible players Hope and Krystian Pearce.

In accordance with Articles 55 and 31 of the FIFA Disciplinary Code, the BFA lost the match against Guyana by a score of 3-0.

That result pushed the Guyanese men to 8th position behind Curacao (1), Haiti (2), Cuba (3), Canada (4), Jamaica (5) and Martinique (6) who rounded off the top six teams in the tournament, having picked up full points from their three matches. Bermuda (7th) St Kitts and Nevis (9th) and the Dominican Republic are the other teams in the top ten.

Belize, Guyana’s next opponents, are in 13th position with six points (two wins and a loss) and can crash the party if coach Johnson decides not to replicate his November 20 decision to not play the best line-up available as he did against French Guiana.

The Guyana National Stadium is the perfect platform for the game to be played, and, with the way things are going and will be (by March 23), a little ‘social cohesion’ is badly needed and the Guyana vs Belize game at Providence should do the trick. 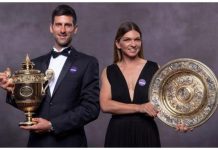 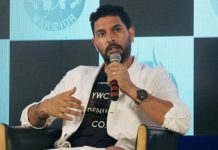 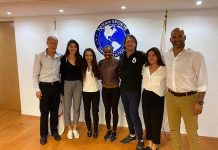