By Dr. Ken Danns
THE legislative arm of the Government of Guyana has seemingly been taken over by Kangalangs. Kangalangs are uncivil persons who have no regard for the norms of an institution, group or social gathering and act to deliberately create disarray in their environments, in such manner as to disrupt normal functioning.

Kangalangs display blatant disrespect for others and moreso are indifferent to any consequences for their actions. They are by no means sociopathic, but are instead selectively irresponsible. They engage in chaotic behaviors, not with the aim of achieving any specific outcomes, but purely out of calculated and reckless disregard for others and prevailing norms. This social type must not be mistaken for the conventional protestor. Kangalangs show up at events, showering contempt on others and promoting chaos on proceedings, regardless of its nature or its course.

Some Parliamentarians of the opposition People Progressive Party (PPP/Civic) at the Monday, December 11 sitting of the nation’s Parliament behaved like kangalangs. Their actions served to bring disrepute on this legislative arm of the national government. The authority of the Speaker of the Parliament to moderate proceedings was disregarded. Raucous behavior ensued. Law enforcement officers who stood guard at Parliament were summoned and allegedly subjected to abuse by the opposition PPP/C Parliamentarians.

In this openly public forum, false accusations of rape and police misconduct were shouted by opposition MPs in the highest law making body of the land. The kangalang drama is said to have found its way on to Facebook and therefore spotlighted to the whole world. Needless to say, this public display of kangalangism is an utter embarrassment to the Government of Guyana, of which the opposition PPP/C is a part, and to the Guyanese people. What sort of country is Guyana becoming? Can investors and tourists take Guyana seriously? Kangalangs in Parliament are enemies of the country’s progress and development.

This is by no means the first Kangalang chaos in the Parliament. Unless resolute remedies are urgently found and implemented, it will certainly not be the last.
Political parties in opposition, all around the world, are invariably dissatisfied with the procedural conduct of their respective legislatures. I am not in a position to determine whether or not the opposition PPP/C Parliamentarians have serious and justifiable concerns about the management of Parliament and the stewardship of its Speaker.

They may well have, in a political system that is still oriented to winner takes all politics. There are certainly long-established protocols for conducting the business of the Parliament and even appealing the rulings of its Speaker. There are therefore no justifications for kangalang behaviors in the nation’s Parliament. Such behaviors accomplish nothing but show its perpetrators, the institution, and the country in a very negative light.

Guyana is already a country in which there is a prevalence of incidents of open disregard for laws and public decency. To have our nation’s leaders–its parliamentarians–engage in such reprehensible conduct, and in the Legislature at that, set a horrible example for everyone else. The message being sent by such Parliamentarians is that parties with differences of opinion must resort to vitriolic conflict to resolve such differences. And, that “cussing out” is better than civil discourse.

It is imperative that a formal inquiry be conducted into the ruckus which led to chaos and the breakdown of order, if not also law, in the nation’s Parliament on December 11. Suspending a Bishop alone may work in a game of chess. When will kangalangs erupt again in Parliament immobilizing its functioning? It is becoming systemic; a new normal in the functioning of the Legislature. Good governance, however, depends on the integrity and credibility in the operation of key institutions. An impartial inquiry that can determine the causes of failures and breakdowns in this revered government institution and arrive at functional remedies is crucial.

The leader of the PPP/C has pledged non-cooperation with the incumbent APNU/AFC Government and promises to disrupt its policies, programs and functioning. If the ignominy that was inflicted on the august Parliament and people of this country on December 11 was a deliberate tactic, then, the responsible Leader of the Governmental Opposition ought to reconsider such actions. I would rather like to think it was neither planned nor deliberate. But, it must never happen again! 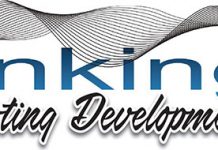