THE High Court, on Thursday, deferred a request made for a stay of execution of the suspension of eight Members of Parliament (MPs) of the A Partnership for National Unity + Alliance For Change (APNU+AFC) from the National Assembly.

Before Justice Damone Younge at the Demerara High Court, Attorney General and Legal Affairs Minister, Anil Nandlall, S.C. argued that it still remains to be determined if the Court has jurisdiction to hear the substantive matter. The judge agreed to defer the matter.

Mr. Nandlall has also applied for an extension of time to file his defence. The case returns to court next Wednesday.
The AG contends that since the matter of jurisdiction has not yet been determined, the Court could not rule on the request by the political opposition to stay the parliamentary suspension of the MPs.

“To make such an order, as was being requested, would require the Court to presume that Parliament acted unlawfully. It would also presume that the court had jurisdiction.
“At this premature stage, it is not right and it is not proper for the Court to make such an order. So, those were some of the arguments put forward. The court upheld the arguments on rule that it would not make any orders at this stage,” the AG explained in an interview with the Guyana Chronicle. 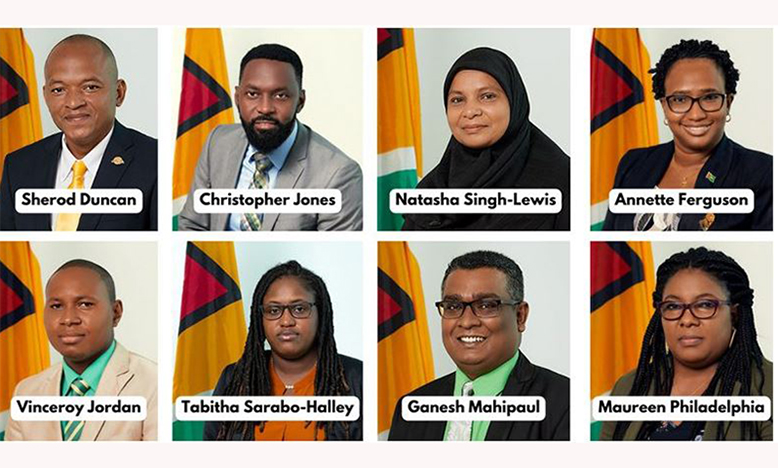 AG Nandlall, however, questioned why the political opposition had put forth a case to overturn the suspension so that they could return to Parliament at a time when they are threatening to boycott Parliament.
According to Nandlall, the Court does not have jurisdiction to hear the matter, given that Parliament is empowered by the Constitution to function independently.

“So, the only wrong doing that Parliament can commit is a violation of the Constitution. So, this case raises all those issues,” the AG related.
Nandlall said that consistent with the doctrine of privileges conferred upon parliamentarians for their own protection, the Speaker of the National Assembly is empowered to preside over breaches of privileges, and impose sanctions.

“The case raises a number of important constitutional issues as well as issues of public importance. It involves the functioning of one arm of government that is empowered under the Constitution to function independently, to regulate its own procedures and that includes the power to discipline its officers,” he said.

He further went on to say: “One of those sanctions include suspension. The Speaker can exercise that power personally or he can delegate it to the committee called the ‘Privileges Committee’; that is what was done here.”
It was on July 21 during the 48th sitting of the National Assembly that the House officially approved the report of the Committee of Privileges, which recommended the suspension of eight Opposition MPs for their involvement in desecrating the Speaker’s Mace in December 2021.

During the commotion, MP Ferguson attempted to steal the Speaker’s Mace, and was joined by some of her other colleagues.
Following the mayhem in December, a motion tabled by Minister of Parliamentary Affairs and Governance Gail Teixeira was passed in the National Assembly in January 2022 for the eight elected officials to be referred to the Privileges Committee for their actions.

The Privileges Committee later presented a report that recommended that MPs Ferguson, Philadelphia and Jordan be suspended for six consecutive Sittings for committing serious violations in removing the Parliamentary Mace from its rightful position.

The report also recommended that Sarabo-Halley be suspended for six consecutive Sittings, while it recommended that Jones, Duncan, Singh-Lewis and Mahipaul be suspended from four consecutive Sittings.
The suspended MPs later filed a court matter challenging the disciplinary action meted out. In addition to the Attorney General, the Speaker of the National Assembly Manzoor Nadir and the Clerk of the National Assembly Sherlock Isaacs were named as defendants.

According to the AG, he applied for an extension of time given that the matter was served in breach of required timeframe. The defendants were supposed to be given at least a 14-day notice.
In this case, however, they were given less than six days of notice, according to the AG.

“There are rules and regulations governing when matters are to be served if a hearing date is fixed. You have to give the respondents adequate time to file their defence…
“So, we have to make an application to the Court for an extension of time,” the AG said.
The court will now hear the matter for the extension of time on Wednesday.