WITH a time stamp on his life as a result of a severe heart condition, nine-year-old Dilon Edwards is in urgent need of life-saving surgery, which, at the moment, is beyond the financial position of his parents.

Young Edwards is battling with an enlarged heart and a swollen lung. The child also has a hole in his heart, and this has exacerbated his condition.

“He was born with an enlarged heart. When he was six years old, they [doctors] said he got a hole in he heart and then like six months ago they said that the heart get a tear,” the child’s mother, Roxanne Edwards, said in an invited comment on Wednesday.

His parents were recently informed that Dilon needs to undergo surgery by the end of this month because his condition is worsening and could even be fatal if left unaddressed. 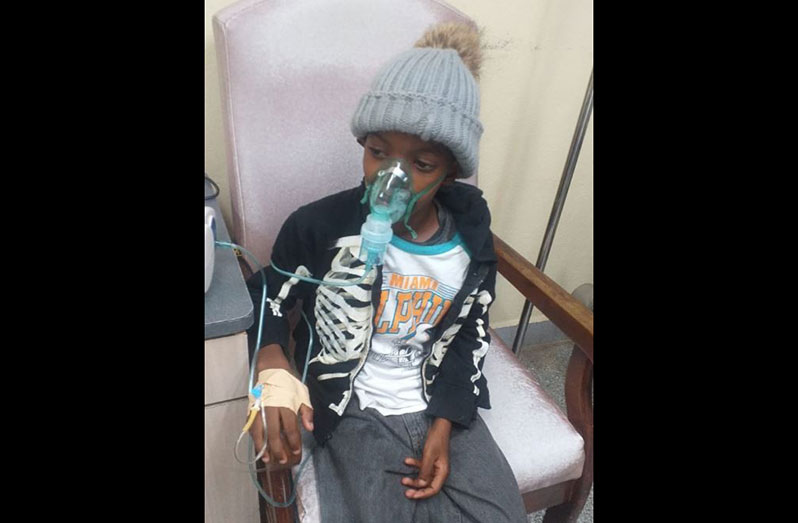 “Three days ago, they said the heart tearing more and his lungs swell and if he don’t get the surgery by this month end, we gone lose him. So, I trying to raise the money to go to Holland or New York,” Roxanne related, adding that they need US$11,000 to fund the surgery in New York or Holland.

Dilon’s physical movement has been affected since he suffers from shortness of breath; this leaves him dependent on an oxygen tank to breathe.

The lad is also unable to attend school due to his condition and, according to his mother, he has never lived the life of a normal young boy, since most of his time was occupied with doctors and hospital visits.
While caring for her sick child, Roxanne and her partner also have to care for their other five children. 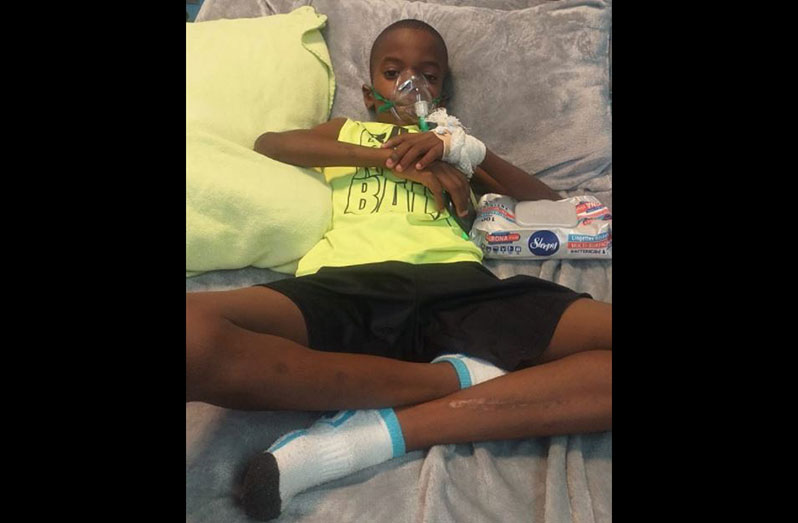 This, she related, has not been easy, especially since her youngest child is a two-year-old who requires a lot of attention.

Roxanne said: “I can’t even take care of them right now because all the money spending on Dilon… because every time we have to carry him to a private hospital and it’s a money and we does do it. We have to try our best to do it.”

The parents are calling on the Ministry of Health, non-governmental organisations and anyone who wishes to support them to make a donation towards saving their child’s life. Anyone interested in assisting Dilon could contact his parents on 592-665-9614.