–PSC Chairman says, but advises authorities to explore every option to keep electricity costs down

EVEN as authorities work to institute further measures that could restrict the rate of inflation and its impact on Guyanese consumers, the country has not been exempted from the conditions faced by nations the world over as a result of the COVID-19 pandemic, and, most recently, the ongoing war between Russia and Ukraine.

The International Monetary Fund (IMF) had written in its most updated World Economic Outlook that rising energy prices and supply disruptions have resulted in higher and more broad-based inflation than anticipated.

In Guyana, the government is preparing to remove most, if not all, of the COVID-19 restrictions in place, making way for increased production and enhanced productivity, which, in the long-run, could result in a decrease in prices.

“Moving to the full opening of countries to allow for predictability, planning and economic expansion is now the critical path in recovery; it is in this context that, in the coming week, Guyana would approach and embrace the full reopening of our country,” President Dr. Irfaan Ali said on Sunday.

Sharing the Private Sector Commission (PSC)’s view on this proposed move by the government, Chairman Paul Cheong said: “From the private sector’s perspective, with the new measures being undertaken with the lifting of the COVID-19 restrictions, we are very happy for that.

With lower participation in economic activities, there has been a reduction in supply; and this, coupled with the effects of the global supply chain disruption, has resulted in an increase in the price of almost every commodity.

“We have seen that prices, over the last few years, increased because supply was reduced, and, as we know, once supply is restricted, prices would go up because demand would increase,” Cheong said during an exclusive interview with the Guyana Chronicle on Monday.

In his estimation, the removal of the existing COVID-19 restrictions could stabilise the supply chain, and result in increased production across all economic sectors. 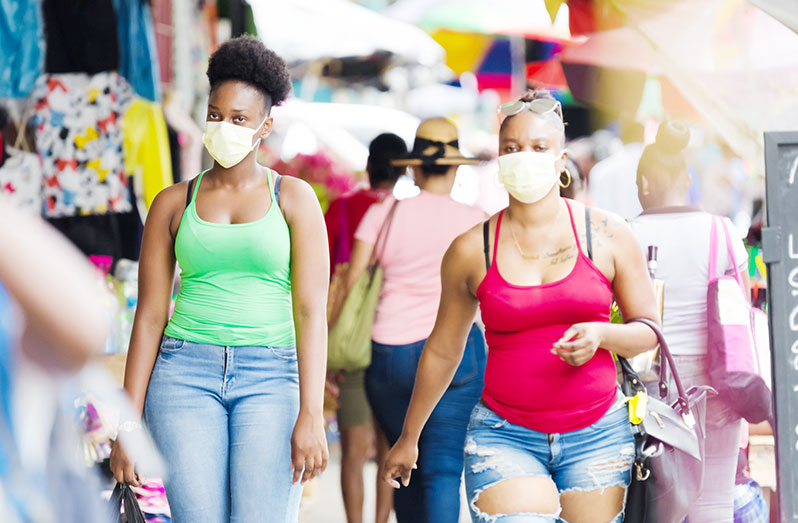 “We are hoping, too, that with this move, in the long-run, we will see some reduction in prices that went up,” Cheong said.

Further, additional benefits would accrue to Guyana, once other countries across the world start to “open up” as well.

In Cheong’s view, once other countries decide to fully reopen their economies, access to essential inputs could increase, and costs would decrease.

A main contributor to increased prices was exorbitant freight costs, which, in some cases, tripled when compared to pre-pandemic times. So, to stabilise this change in freight costs, the government has adjusted the calculation of import taxes.

“For freight costs to come down to pre-pandemic rates would be good, but, for me to predict what it would be is difficult at this stage. We have to see how it plays out in a couple of months; but, as productivity increases as more and more countries come out of the restrictions, then we will be able to gauge how we’re moving forward,” Cheong reasoned.

SIZEABLE ALLOCATION
Cognisant of the challenges experienced globally as food prices and the general cost of living continue to rise, the government has included in its fiscal plan for this year, Budget 2022, a sizeable allocation to address the situation.

“I am aware of the impact that cost of living is having,” President Ali had said in his budget speech, adding: “While we cannot address all of the issues surrounding cost of living, I have instructed that resources be set aside to address the issue.

“This sizeable allocation will be used, through consultation with communities across the country, to identify specific ways and initiatives in which we can deploy this budgeted allocation to ease the burden on the population.”

President Ali said his government’s $552 billion budget focuses on removing the burden on Guyanese citizens, and creating opportunities, enhancing welfare, giving back more to the population, improving living conditions, and improving their overall quality of life.

But even as the government moves ahead with the execution of its plans, Cheong would like to urge the authorities to explore all options to cushion the effects of further economic burdens created by the ongoing war between Russia and Ukraine.

Although the effects of this situation are beyond Guyana’s control, the PSC Chairman says that sustaining the economy is contingent upon the way inflation is tackled, and what measures are instituted to help the ordinary people.

One particular area Cheong is advising the government to pay attention to is the further subsidisation of the Guyana Power and Light Incorporated (GPL).

“Electricity prices are already high, when compared to other countries in the region… so, a good thing would be to try to hold those prices where they are… In the long- run, we need them to lower it for us to be competitive with regional producers,” the PSC Chairman said.

Vice-President Dr. Bharrat Jagdeo recently assured the nation that the government will not increase electricity or water rates for consumers, even as the country grapples with global economic challenges that have caused widespread price increases.

“With all the escalating prices now, we’ve been hit hard by the cost of living, and the world has been hit by this, because of ‘COVID’; prices have gone up, and now, with the Russia-Ukraine crisis, it would probably go up even more,” the Vice-President said at a recent event commemorating the life of Guyanese Founding Father Dr. Cheddi Jagan.

He, however, emphasised that the government is pursuing action to guarantee that this price surge does not adversely impact the populace.

“We will keep the electricity prices and water prices the same way, because we have to subsidise it to make sure that the impact is not felt by ordinary people,” the Vice-President emphasised.