By Shamar Meusa
GUYANESE fashion designer, Sonia Noel, on Thursday, marked her 25th year in the fashion and creative sector with plans to launch a new fashion line along with the introduction of her “soft furniture” pieces.

During a preview event yesterday, Noel intimated that as she celebrates this special milestone, she wanted to start with something different and as such let the public in on her latest project on soft furnishing.
“For a very long time, I have been thinking about soft furnishing and I love wood art. So, I started dabbling in it for my home and then people saw it and they loved it,” she said.

The passion for this project, she said, came following a visit to the Iwokrama International Centre and saw pieces that were being discarded. She believed masterpieces could be made with them.

To this end, she noted that it started with a dream where she saw the words, “I am” which she said are the words that start off any positive affirmations. Noel opted to centre her work around this.

“Just like my clothing is very very versatile, I need whatever addition that I’m doing to also be versatile. So, I thought about palettes. I’m always intrigued with them; like for patios and even indoors and [thought] what can I do that’s different?” she told the small gathering at the Queenstown, Georgetown showcase.

At the event, which was supported by Banks DIH Ltd, Noel stated that she brought a number of local creatives on board, including Shari Singh of ‘Florals by Shari’; ‘Azzira Games’ by Linden Cave; Natasha David, and even Sonia’s daughter, Shonta Noel.

Various pieces of creative outdoor and indoor furniture were displayed at the preview on Thursday.

The pieces will also feature artwork—some abstract—while others will feature the flora and fauna in Guyana.

Some of the artwork that will be featured on the pieces, she delved deeper, will be from artists that are at the David Rose School and others.

She expressed: “So I’m going to be working with them and you’re going to be seeing a lot of their work… Doing this, it reignited my passion for the industry and it’s something purposeful, because for people that know me, know how purpose driven I am and things have to have a little message, a little meaning.” 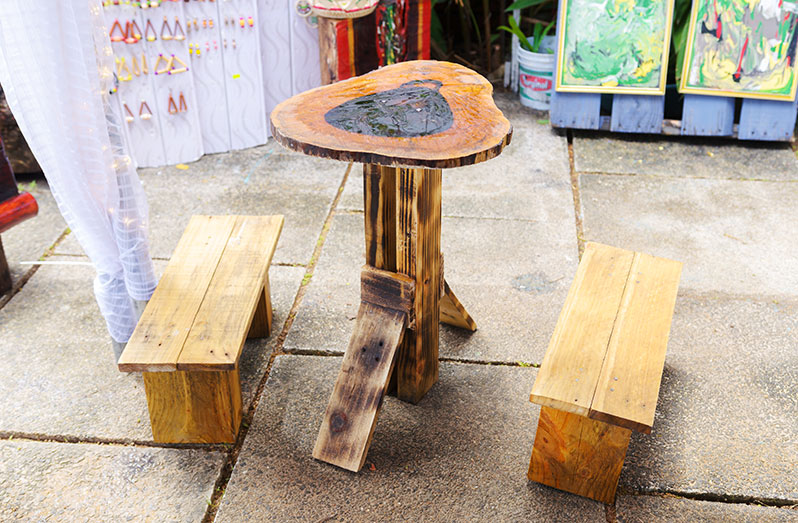 However, Noel stated that she has also found the inspiration for her latest fashion line which will also feature abstract art.

She noted that some proceeds from her new soft furnishing line will go towards the Sonia Noel Foundation, which will continue its work of development of the creative industry within Guyana and even the Caribbean.