HAVING identified a Region 10 (Upper Demerara-Upper Berbice) site which has “excellent” quarry potential, a local company, Highland Quarries Inc., is prepared to invest up to US$10.3 million to establish a new project which would satisfy the growing demand for aggregates.

According to a project summary seen by the Sunday Chronicle, this project, put forward by Highland Quarries Inc., intends to supply aggregates to help offset the demand created by the construction boom and infrastructural development across the country.

Essentially, the quarrying industry’s role is to provide a reliable supply of construction materials for road making, building construction, and the maintenance of road networks which are pivotal to other sectors.

The site for the proposed project could be found near the Sherima Crossing in Region 10. The area encompasses 1,200 acres. 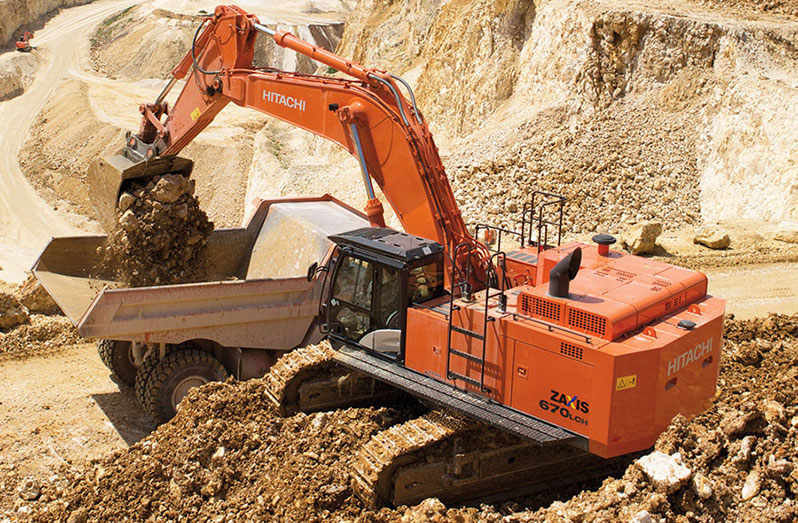 “The gabbroic rocks (dark coloured) located on the properties have an estimated 2.8 million tonnes of aggregates, and the Granodiorite (light coloured) contains 950,000 tonnes of Riprap material,” the company said in its project summary.

In Highland’s view, the area could be actively termed the quarry belt of Guyana, with St. Mary’s and Monkey Jump quarry approximately 3.5km north of the proposed quarry area. The properties have a probable 3.7 million tonnes of quarriable materials.

The company itself is expected to produce 200,000 tonnes of stone yearly, increasing capacity by 10 per cent every year.

To get this project “off the ground,” the company would be investing US$3.6 million, but could expand this to US$10.1 million with the passage of time.
Through its potential investment, Highland Quarries Inc. would be creating direct jobs for over 30 persons.

“The mine will have a full-time sanitation crew and a medic will always be on site with adequate medical supplies. Because of the threat of malaria in the area, the company will work closely with the Ministry of Health to maintain a malaria free environment at the quarry and nearby communities,” the company affirmed.

Speaking about the potential for advancement in the local quarrying industry, President, Dr. Irfaan Ali had said: “Guyana has a huge quarry potential that has been greatly underdeveloped. Our accelerated housing programme, massive highways, and community roads to be developed will increase our demand three-fold over the next five years.”

A reflection of what was said by President Ali was the performance of the construction industry in 2021. It was widely reported that from the housing sector to the agricultural sector, there was mobilisation of resources from both private and public sector stakeholders, who started laying the foundation to capitalise on the impending local growth.

Private projects, as reported, ranged from the construction of hotels and apartment complexes, to shopping complexes and office buildings, among other things.

In the public sector, aside from the construction of several low-income and young professional houses, there were upgrades to highways, main roads, and miscellaneous roads countrywide. This was also supplemented by the commencement of construction of new roads.

In addition to providing improved road facilities, the ongoing works have also added to the creation of thousands of jobs, bringing the Dr Irfaan Ali-led administration closer to delivering on its promise to create at least 50,000 jobs within the next five years.