According to ExxonMobil, the Fangtooth-1 well encountered approximately 164 feet (50 meters) of high-quality oil-bearing sandstone reservoirs. The well was drilled in 6,030 feet (1,838 meters) of water and is located approximately 11 miles (18 kilometers) northwest of the Liza field.

On the other hand, the Lau Lau-1 well encountered approximately 315 feet (96 meters) of high-quality hydrocarbon-bearing sandstone reservoirs. The well was drilled in 4,793 feet (1,461 meters) of water and is located approximately 42 miles (68 kilometers) southeast of the Liza field.

Senior Vice-President of Exploration and New Ventures at ExxonMobil, Mike Cousins, was quoted in a statement as saying that the initial results from the Fangtooth and Lau Lau wells are a “positive sign” for Guyana, as it further signals Guyana’s potential to become a major player in the global oil and gas sector.

“The Fangtooth discovery is a successful result of our strategy to test deeper prospectivity, and the Lau Lau discovery adds to the large inventory of development opportunities in the southeast part of the Stabroek block.

Both discoveries increase our understanding of the resource, our continued confidence in the block’s exploration potential, and our view that the many discoveries to date could result in up to 10 development projects,” Cousins said.

FUTURE FIELD DEVELOPMENTS
In providing an update on the ongoing work offshore, ExxonMobil said that progress continues on infrastructure for future field development.

The Liza Unity floating production storage and offloading (FPSO) vessel is undergoing hookup and commissioning after arriving in Guyana’s waters in October, 2021. The Liza Unity is on track to start production in the first quarter of 2022 and has a target of 220,000 barrels of oil per day, at peak production. 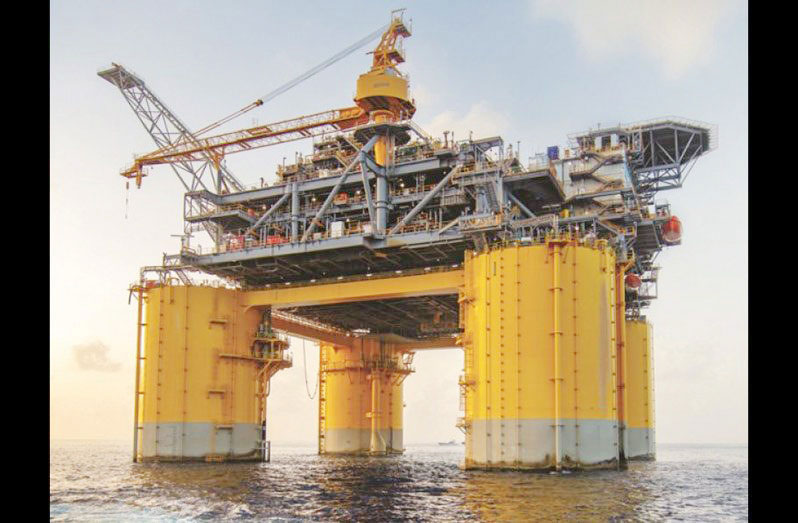 Meanwhile, the hull for the Prosperity FPSO vessel, which will service the third project on the Stabroek block at the Payara field, is complete and topside construction activities are ongoing in Singapore for planned production start-up in 2024.

The Field Development Plan and Environmental Impact Assessment for the fourth potential project, Yellowtail, have been submitted to local authorities for review.

Those new projects continue to drive investment in Guyana’s growing economy. More than 3,200 Guyanese are now employed in supporting project activities, and ExxonMobil and its key contractors have spent more than $540 million with more than 800 local companies since 2015.

GOVERNMENT CONFIDENT
Minister of Natural Resources, Vickram Bharrat, in commenting on the company’s latest achievements, said that the government remains confident that the two additional discoveries, which add to the 26 commercially feasible finds, will further strengthen Guyana’s position as a country with world-class discoveries of high-quality hydrocarbon.

He said that the government intends to continue engaging stakeholders to ensure the development of the resource.

“The government will continue engaging all stakeholders on the exponential development of these resources for all Guyanese while maintaining a social, economic, and environmental balance. In addition, the Government of Guyana is continually examining possibilities to strengthen oversight and management of the exploration programmes of all operators, to further expand the sector through commercial discoveries,” Minister Bharrat said.

Further, Minister Bharrat said that the government welcomes the announcement that the Liza Unity is on course to production in the first quarter of this year,
The Liza Unity will supplement the operations of the Liza Density FPSO which is producing approximately 120,000 barrels of oil per day.

As work progresses offshore, Bharrat said that the government intends to maintain transparency when managing the oil and gas sector, and utilise the resources to improve the lives of every Guyanese.

To this end, the minister said: “The Ministry of Natural Resources and the Government of Guyana welcome these two new discoveries offshore Guyana and remains even more committed to the sustainable exploration and development of Guyana’s oil and gas resources.

“In this regard, I would like to reassure all Guyanese and stakeholders that this will be undertaken in keeping with international best practices for compliance and transparency within the petroleum sector and to ensure benefits are derived for all Guyanese.”