THE Women and Gender Equality Commission (W&GEC) has joined the list of persons and institutions that have expressed disgust at Opposition Member of Parliament, Sherod Duncan, who recently posted a “vile and repugnant” video directed at Education Minister, Priya Manickchand.

“In a democracy such as ours where we have a government and an opposition, we expect, as a 55-year-old nation, more mature and civil engagements, particularly when there is disagreement. The current attacks are crass and unbecoming,” the constitutional body said in a statement issued on Wednesday. 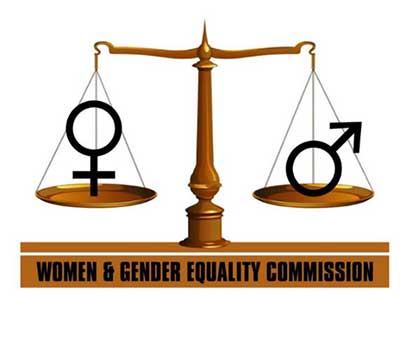 The Commission expressed concerns that the current political climate would become a deterrent to young women aspiring to hold public office.
“We have fought for the right of women to be in decision-making. Instead of name calling, MPs [Members of Parliament] should be more concerned with issues that ensure that rights of all citizens are respected and that the developmental trajectory of this country is accelerated,” the W&GEC said.

It went further to highlight that Guyana has an admirable record of recognising women’s rights and much work has been done to increase the stature of Guyanese women.

“We should encourage and support all women who are in the corridors of power seeking to craft policies and legislation to advance our society,” the Commission said.

It noted too that the video released on social media does nothing to accelerate the work of the Commission, or the development of Guyanese women.

“We condemn all persons who were involved in the making and dissemination of this video. What is disappointing is the role of the women who participated in the creation of the featured song which was aimed at disparaging a female Minister,” the Commission related.
For this reason, the body specifically called on the Parliament of Guyana to discipline Duncan.

“We also call for the police to investigate any offence committed under the Cybercrime Act,” the Commission added.
Added to the constitutional body, faith-based organisations have also condemned Duncan’s post. The Guyana Presbyterian Church, in a post made via the Facebook Page of Reverend Patricia Sheertan-Bisnauth, also condemned the “reprehensible, sexist attack” on Minister Manickchand.

“We are utterly disgusted and anguished about this vile and disdainful behaviour which demonstrates Mr. Duncan’s gross contempt for women and his lack of decency, political maturity and self-respect, which are basic requirements for persons holding such public office,” the church said.
It went further to highlight: “Our society needs to be cleansed of this scourge of indecency and abuse of women, showing resilience against the misogynistic culture of disrespect, vulgarity and intolerance.”

DISRESPECT MUST STOP
The Presbyterian Church said that all acts of disrespect and degradation of women must also be condemned.
The church also called on the people of Guyana to reject the vulgarity which has become a characteristic of politicians degrading the nation with the ugliness of indecency, lawlessness and divisiveness.

In its statement, the church said that that Guyanese must push for respectful dialogue across differences of opinion and politics, making every effort to meet each other with respect, and to carve out a transformative process towards mending the brokenness, and bringing about healing and restoration of good order and wholesomeness in society.

The women’s arm of the ruling People’s Progressive Party/Civic also rejected the social media post, describing it as a “depraved behaviour” of some members of the A Partnership for National Unity+ Alliance For Change (APNU+AFC).

“This latest act reminds of callous attacks on the late Mrs. Janet Jagan when she was sworn in as President of Guyana where foul language was used by PNC [People’s National Congress] members to describe her,” the Women’s Progressive Organisation (WPO) said in a statement.

It also pointed to the fact that last year, similar disrespect was meted out to Prime Minister of Barbados, Mia Motley, who in her capacity as Chairperson of the Caribbean Community (CARICOM), spoke out against attempts “to subvert the democratic will of the Guyanese people.”

“Many APNU+AFC members lambasted and cursed her out for taking a principled position on the election fiasco in Guyana. Now, we have a sitting Minister of Education who is under attack by these very operatives. These sexists’ attacks on women have not gone unnoticed,” the WPO noted.
The organisation also hailed the contributions of Manickchand during her many years as a minister of government.

“The minister has championed women’s rights issues and has initiated progressive legislation to protect the rights of women and children as well as the WOW [Women of Worth] programme to help women. She is working tirelessly, implementing the government’s programme aimed at ensuring that our children are protected during this pandemic which has affected our children in Guyana and across the globe, negatively,” the WPO highlighted.

It said too that it is proud of the work of the women within the PPP/C, and all women in Guyana who work towards supporting the development of the country.