A woman was crying.
IT was a dark night in a small village, deep in the countryside, bordered on one side by a punt trench, over which were sugarcane fields. A beautiful village with lovely and rich blooms from flower and vegetable gardens, where the sunrise and sunset, two consistently glorious scenes began and ended each day for the people who lived quiet lives.

But there was something dark within for the village was untouched by the changing times, so the door was never closed for merciless, age-old traditions that still reigned. In the silence of the night, always can be heard, a woman’s cries – sometimes stifled as man with his inborn strength and aggression stamped his dominance and control, that destroyed day by day, her self-esteem.
At dawn, the pained silence as she performed her daily tasks was like an oppressive veil.

Tonight that veil, that had covered the blood, tears and suffering was thrown off as one woman stood in defiance. The shock as the villagers watched the smouldering flames, hushed even those who all the years, blooded the oppressive veil. 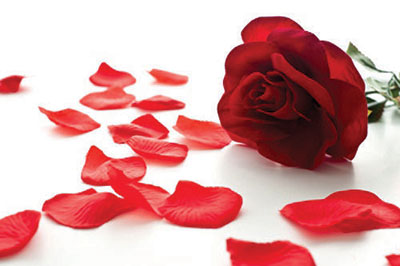 The woman crying softly, blood trickling from her wounds, looked at her husband’s burnt, lifeless body, lying just inside the door of their ruined home. Her three children huddled close to her, too often in the embrace of violence, to be shocked but still scared.

Her eldest son said, his voice trembling, “He almost killed me, Ma.”
Such tragic deaths in that little village, the victims were always abused women.
Tonight, one woman who fought valiantly for her life, changed that – her name, Shanti.

At the young age of fifteen, when like a rose petal, her life was just starting to bloom, her father, a man of old fashioned ideals and principles decided she should get married because he had found a ‘good boy’. That decision shattered her hopes of finishing high school and pursuing her ambition. She had wanted to be an educator to lend knowledge to girls and women in poor areas so they can understand their self-worth and build their self-confidence to follow their dreams and ambitions.

Now her own father, who could have supported her, was denying her just that. She had pleaded with him but he wouldn’t listen and a life she wasn’t ready for was forced upon her. A flower not allowed to bloom, plucked from a garden, withering in uncaring hands.

Her husband much older and with higher education used those advantages to dominate her life. She was intelligent and well versed on many topics but he never showered interest in her capabilities nor supported her. She discovered he had a selfish nature, not wanting her to walk beside him, but steps behind. It hurt deep within but she took it in stride and life went on for all its worth.

He became a functional alcoholic and so often he would get angry, speaking to her in harsh tones. She sent a complaint to her father because it was he who had caused that in her life. That wasn’t taken well by her husband and he didn’t speak to her for two weeks. Not long after, the physical abuse started and his cruel fists made life a nightmare she just couldn’t awaken from.
Yet in her culture, a woman is expected to honour her husband, to love and care for him, to pray for him.
“How can I do that if he doesn’t love and care for me?” she questioned silently.

And with determination to break this trend, she often said to the walls of the house, “A new day will dawn for me, a new day must dawn.”
But things didn’t get any better, for her husband got demoted from his job not long after their second child was born, because of his drinking habits and life became an unexpected struggle. Her father gave her the capital to start a small business at home to help sustain their needs.
In the quiet moments, as she managed the little dry goods business she often wondered, “Why as a woman am I being treated in such a heartless and cruel way? There’s no appreciation of what I do, no recognition of my worth. How better is he as a man more than me?”

From within a woman comes life, care and compassion and she would ask through bloody lips whenever he hit her.
“Questions, I ask of you, dear Lord, can you answer me?”
No answers as time moved on and she had watched as many women of the village suffered as she did. Many sleepless nights she would sit looking at her children, deeply worried her sons would most likely grow up to be abusers and her daughter a victim, as the cycle of oppression continued.

“I need to escape from this hell, but how?”
On the day of Raksha Bhandan, when a sister ties a sacred thread on a brother’s wrist for care and protection, an answer she had long awaited called at her humble home. It was her ‘Rahkee’ brother she hadn’t seen for fourteen years. He had left for overseas when she was ten years old and now that he was back, he had to see her.
A worried look had crossed his face when he saw her and how she was living.

“What happened to you, Shanti?”
She had smiled trying to mask the sadness on her face.
“Nothing, I’m doing fine.”

“No, you’re not. You can talk to me, I’m your brother.”
She had been so happy to see him, she didn’t want to burden him with her problems but he wanted to know about her life, and as they talked, her husband came home. She introduced her ‘Rahkee’ brother, the grandson of an old pandit from the next village, to him. All was well until her husband came home drunk two nights after. The suspicious look he gave her rang warning bells in her head and she knew she had to keep a safe distance, but he was waiting for her to serve his food.

“You’ve been looking happy,” he said, “since that man came here.”
“He’s my Rahkee brother and I haven’t seen him in years.”
He grabbed her around the neck, anger in his eyes.
“I don’t believe it, something is going on.”

She struggled and managed to pull from him, gasping for breath.
“You brought a strange man in my house, you *****” he swore loudly, knocking everything off the kitchen table.
The children awoke, her little daughter started to cry and she ran to grab them and move, but too late. He blocked their escape, a cutlass in his hand and dark rage on his face.
She was trapped in the room with the children, fear rising, almost suffocating her. In her mind, she cried, “Is this how it ends for me, after giving my all to home and family? Hacked to pieces as my children watched?”

As he advanced on her, her eldest son threw his cricket bat and said, “Use this, Ma!”
She grabbed the bat, warding off the cutlass chops but not too good, for he possessed strength and fear had weakened her.
She felt burning in her arm and shoulder, knowing she was bleeding but she held strong in her mind, not to go down. The boys kept grabbing him around the waist to slow him down, giving her a chance to escape from the room. She screamed for the children to run out of the house and as he followed, swinging the cutlass, he cornered their eldest son. She grabbed the lighted lamp from the table and threw it at her husband, not noticing as she ran out the door, that his shirt had caught fire.

She closed the door, putting all her strength against it, knowing one thing – if he had kicked open that door, she was dead.
As he shouted and continued kicking at the door, she screamed in anguish to the heavens,
“I have had enough of this hell, you will give me strength!”
The door did not budge.

The neighbours did not come out because they were accustomed to hearing her screams. It was only when the alarm was raised about a fire in the house, then they ran out to assist.
Now as she looked down at his burnt figure, she felt no sorrow, but deep regrets it had to end this way.
A new day will now dawn for her.