–investors being sought
– authorities to advertise for Expressions of Interest

INVESTMENTS in Guyana’s traditional sectors and the need for economic diversity remain paramount, even as this country moves forward with its new-found “oil wealth,” Minister of Natural Resources, Vickram Bharrat has said, as he outlined his ministry’s plan to increase investments in the local mining and forestry sectors.
For decades, those sectors have been considered crucial components of economic development, contributing significantly to the country’s Gross Domestic Product (GDP). Even with the country’s nascent oil-and-gas sector, which has attracted unprecedented interest in the local economy, traditional areas of mining and forestry remain relevant and “very lucrative.”
“A lot of focus is on oil and gas, but we want to get some investments in the mining sector… quarrying, bauxite-mining, these remain important…we have large deposits, it is just to get people to invest in it,” Minister Bharrat said during an interview with the Guyana Chronicle on Sunday.
Available statistics show that the mining and quarrying industries, which expanded by a mammoth 343.7 per cent by mid-2020 due to petroleum and by a lesser extent gold, were expected to expand by between 320.6 per cent and 324.3 per cent by year-end. 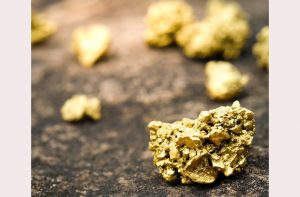 Gold mining is one of the most important industries in Guyana, as it provides great social and economic benefits to a relatively large number of people. Bauxite, on the other hand, was the country’s leading industry in 2002, and gold and bauxite/alumina were the country’s second and third-ranking exports; and bauxite and gold accounted for one-fifth of the country’s GDP.
Based on preliminary reports, the prospects for those industries remain high, so it is left to investors to capitalise on the available opportunities.
“We are looking at investments in the mining sector. That is a big thing for us, investment in the mining sector,” Minister Bharrat said, adding: “That is an area we are working aggressively towards, there is a lot of focus on oil and gas, but we also have to focus on the other sectors.”

Information sourced from the website of the Guyana Office for Investment (Go-Invest) show that persons investing in the mining sector, once they meet the requisite criteria, would be eligible for exemption from customs duty on a wide range of mining equipment – for sorting, screening, separating, washing, crushing, grinding, mixing or kneading earth, stone, ores or other mineral substances; rock-drilling or earth-boring tools; furnaces and ovens for roasting, melting or heat treatment of ores, pyrites or of metals.
There are also possible exemptions from duties and taxes for items covered under an investment agreement. 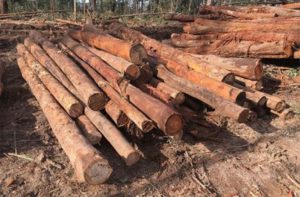 “Tax exemptions are normally granted with specific conditions that cannot be breached. In instances where these conditions are breached, then the Guyana Revenue Authority is legally authorised to undertake seizure of the equipment/machinery/vehicle and request payment of all duties and taxes that were waived,” Go-Invest said.
The government also took further steps recently to encourage investments in the mining sector, with the removal of value added tax (VAT) on machinery, equipment and hinterland travel, the removal of police clearance requirements for miners to transport fuels in their own vehicles, and the provision of concessions for All-Terrain Vehicles (ATVs).

RIPE WITH OPPORTUNITIES
Like the mining sector, the forestry sector is also ripe with opportunities, Minister Bharrat said, adding that the authorities are looking to increase production, exports and investments in value-added forest products.
The new government, he said, inherited a bankrupt forestry sector when they were elected to office in August 2020, but work has started on the reinvigoration of this sector. The main aim, as said by Minister Bharrat, is to place more emphasis on value-added production rather than exporting raw materials.
“Rather than exporting logs, we want to export lumber or finished materials… you might export a greenheart log for U.S.$600 and if you convert it to other materials you can get close to U.S.$5,000, so we got to push for it,” the minister reasoned.

The growing forestry industry, according to Go-Invest, has stimulated the development of other manufacturing and service industries.
Its products supply many other sectors of the economy such as residential construction, furniture-making, printing and publishing. On the other hand, the forestry industry is also a major consumer of energy, chemicals, transportation services, machinery and processing and control systems.
The investment opportunities are abundant: from harvesting, to processing and manufacturing high-end products, especially using our lesser-used species. A number of lucrative opportunities exist for investors interested in working with Guyana’s wood industry.

A barrier to value-added production over the years has been the cost of electricity, but the government has committed to reducing this by 50 per cent within the next five years.
In addition to this commitment, the government has taken other steps to encourage investments, and those include the removal of VAT on exports and the adjustment of the log-export policy to allow sawmillers to export logs, among other things.
With those ‘encouraging’ policies in place, the government will soon be advertising for Expressions of Interest (EoIs) for investments in the mining and forestry sectors. Both local and foreign investors will be eligible to submit EoIs.