THIS past week has seen a variety of legal opinions. There was the ruling by the Caribbean Court of Justice. It appeared to suggest that the Chief Elections Officer cannot, on his own, and using information at his disposal, determine valid votes.

Then there was the most recent spate of communication between the Chairperson of the Guyana Elections Commission and the Chief Elections Officer. The Chairperson directed the Chief Elections Officer to present a report that reflects the tabulated votes from the recount. This prompted a request for direction. He contended that the order created by the elections commission was in conflict with the Representation of the People Act which talks to figures provided by returning officers.

He noted that the recount was not undertaken by returning officers. The Chairperson, however, was adamant that he use the recount tabulation. In the wake of his request, Chief Elections Officer Keith Lowenfield found that there were calls for his dismissal. Imagine being sacked for seeking clarification. But then again, the state of affairs in the wake of the ruling by the CCJ the rule of law seems to have gone through the window. But there are clear rules and using these rules the Chief Elections Officer presented his report to Justice Claudette Singh yesterday.

Under the Representation of the People Act (ROPA) the CEO presents the winner of an Elections in Guyana. Under the Article 163 of the Constitution any Party which disputes the result must go to an Election Petition. That was not done by the PPP/C. When the count was being declared on March 13, last, immediately the PPP/C made a noise. Joining that party were the diplomats based in Guyana. They began to talk about sanctions. However, the PPP launched a set of legal battles which led to a decision from the CCJ. That decision questions Order 60 and puts the ROPA back in focus. This dictated that the CEO must stand firm on the laws, constitution and the judgement of the CCJ. He provided a report consistent with the CCJ’s decision.

That report must now reflect what the ROPA and constitution demand and the law further states that the GECOM Chairperson must accept the advice of the CEO. The Chairman is removable from office for misconduct or misbehaviour. The President has the authority under Article 225 to remove any Chairman of a Commission for misbehaviour, infirmity of body or mind or any other cause.

In the case of the Chairperson of the Elections Commission, that tribunal to investigate and report to the President will be headed by the Prime Minister under Article 161. The tribunal’s report will say yes or no to the removal of the Chairman. For all it is worth the PPP/C has been seeking to dominate the GECOM Chairperson. When those ballot boxes with tinted ballots were questioned, the initial decision was that the boxes be put aside. And they were until the PPP/C began to talk about people being disenfranchised.

Of interest is the role played by the diplomatic community. To some the diplomats have overstepped their boundaries. Their action is reminiscent of 1992 when the United States ambassador at the time, George Fleming Jones, literally took over the elections commission and Guyana is aware of that outcome. This time around, it is as if the diplomats desperately want a change in Government.

And while all this is going on the PPP/C has been also, in social media. It posted some news that boggled the mind. In one post, it claimed that Director-General, Joseph Harmon and businessman Brian Tiwarie loaded two aircraft with sacks of money and flew to a Caribbean destination.

In this day and age with the focus on money laundering one must wonder how people with sacks of money would be allowed into any port of entry. Banking is another matter. The truth is that no aircraft associated with Mr. Tiwarie left these shores. Then there was a report that Mr. Tiwarie had taken the Chief Elections Officer to his resort in the Teperu Quarry to hide him. No authority saw the Chief Elections Officer, Mr. Keith Lowenfield, in the vicinity of any airport. Besides, the man was there for every meeting of the elections commission. There were attacks on Mr. Tiwarie’s children and family. It is one thing to target a man but when you also target his family then somebody had no moral.

It didn’t end there. There was a report that former magistrate Geeta Chandan and I were hired to terrorise the GECOM Chairperson. I cannot understand why the police were not involved. I should have been arrested. There have been other posts equally ludicrous. Every attempt is being made to have the chairperson install a PPP/C Government. They have applied pressure on her in every quarter. It began with some ad hominen attacks on the woman. They accused her of electoral irregularity and actually called her Fraudette. They have attacked every election official who had to deal with the votes. And worse of all they have threatened to imprison anyone who is opposed to the PPP/C. The Chief Elections Officer has submitted his report with a detailed explanation. The commission will meet tomorrow. The nation now awaits that meeting. 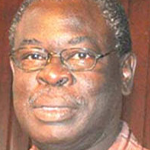