Thanks to an old blog post, I was reminded that on January 16, 2014, the idea for my novel ‘Leech’ came from a dream I had the previous night. It has been so long, and the workings of ‘Leech’ have been transformed so many times that I cannot recall what that dream was about, but the seed that was planted since then has stuck with me the last six years of my life.

The prolific writer
Some authors are blessed with prolificacy. There are the likes of John Creasy who wrote over 600 novels under 28 different pseudonyms, and Ursula Bloom who wrote the first of her 500 plus books at the age of seven.

On the other hand, there are the Harper Lee’s of the world who only wrote two books: ‘To Kill a Mockingbird’ in 1960, then its sequel ‘Go Set a Watchman’, 55 years later. Stephen King, who is prolific in his own right, posed the questions: “How long did writers like Lee take to write a Novel? And what did they do the rest of their days?”

Between the struggles of the real world and our overall indiscipline, I suppose this is why many of us fail to finish our creative projects. But King also asks an interesting question in his book ‘On Writing’: If God gives you something you can do, why in God’s name wouldn’t you do it?” And that notion is what keeps me going.

The journey to now So let me run you through the development of my novel since its conception on January 16, 2014: it wasn’t until 2015 when I took a few months off from working and decided to travel that the book developed into concrete material that I could work with. By the end of 2015, I had some solid chapters I felt I could use. But then I returned to Guyana and the momentum stopped. In early 2016 I was introduced to a London-based Guyanese Publisher who offered editing and counselling services. Momentum picked up again, and soon, I had a schedule. I felt like I was ready and that I would finish my first draft by December that year. Then came the release of my excerpt; then came the feedback; then came the crippling fear followed immediately by writer’s block. Needless to say, I did not finish in 2016.

What the excerpt experience taught me though, was that I was trying to rush things, so just as fate introduced me to the publisher who helped to get my ideas flowing again, it was fate that stopped me in my tracks to say, “Slow down! There are things you are overlooking that you need to step back and assess.”

Lessons learned
One of those things was my ability to take critique. I had to toughen my skin then go back to my project and incorporate the criticisms I felt worked for me. Second, I needed to take a look at the direction of the novel and the fact that I was not connecting with all the characters and rushing the work would not help that. Third, I needed to read more and develop a better writing schedule. These were just three among the long list of improvements I realised I had to make.

Bottom line was: no good book was going to happen just because I set a deadline for it to happen. All that would occur was I would have a complete piece of work that would not do justice to my talent, my passion or the people who believed in me.

Since then, I have purchased Scrivener, met a new writing coach and even developed character sketches to help me with a visual of who I was writing about. With my new writing coach, Jim Parsons- no, not the one from ‘Big Bang Theory’- I was able to do a complete overhaul of my plot following a two-month-long mentoring session, which I found extremely useful. I was going so well that I had finally settled on a solid 14,000 words that I was going to keep.

To date, I am still in the struggle, having gone over review after review, block after block… I have come to realise that as cliched as it may be, the race truly is not for the swift. Currently, I am doing a bit better. With a definite word count of over 37,000 words, I am more than 50 percent complete. I have no idea when my novel will be finished, but six years and counting and I assure you I am still working on it.

Are you thinking of writing a novel?
I have not seen many novels come out of Guyanese writers in recent times. Perhaps I’m not looking hard enough, or maybe if they exist, there has not been wide enough visibility. Either way, if you are thinking about embarking on this brave journey, know that no good product will come to fruition overnight. Your journey may not be as tedious as mine, but I urge you to take the time to ensure that you invest as much thought, planning and research necessary into your project. Detective novelist, Sue Grafton, was unapologetic when she said in a 2012 interview, “ To me, it seems disrespectful… that a ‘wannabe’ assumes it’s all so easy s/he can put out a ‘published novel’ without bothering to read, study or do the research. Learning to construct a narrative and create character; learning to balance pace, description, exposition and dialogue, takes a long time.”

On that note, I would give aspiring novelists three bits of advice learned from lots of reading, and my own struggles: Take your time. Do not neglect research and planning. Don’t quit.

Not quitting, I believe, is even more important than all the others. I think the most hopeful thing for me is that, indeed, I AM still working on my novel. If my fickleness has taught me anything, it is that once I have not given up on something after all this time, this is what I am supposed to be doing.

What I do know, is that I greatly anticipate looking back on this process, whenever it is done, and seeing if I have it in me to move on to the next book. I may never be a Creasy, but perhaps I am not meant to be a Lee, either. Perhaps, I just need to get ‘Leech’ out of the way, and many more will come.

Interested in contributing to this column on writing? Email me at thewritemind592@gmail.com 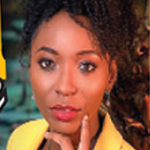