…electricity supply to begin within weeks

THE Guyana Power and Light (GPL) is expected to begin sourcing power from MCG Investments Inc, owner of the Giftland Mall, within weeks or possibly days, as the Power Purchasing Agreement (PPA) between the two companies has been signed.
Another possible PPA with local beverage company, Banks DIH, is pending that company’s indication of its ability to supply.

These developments were confirmed by Minister of Public Infrastructure, David Patterson, on Monday, as he spoke on the sidelines of a sod-turning ceremony for a new solar power facility at the CARICOM Secretariat.

“As we’re standing here, the contract with Giftland, the PPA, has been signed. The technical modalities have been worked out, the licences have been granted, and I believe quite shortly Giftland will be [supplying power to the grid]. We’re talking a matter of weeks or within days they will be supplying 3 – 4 megawatts into the power grid to augment what GPL has at the moment. The idea is that Giftland will power the lower East Coast [Demerara],” Patterson disclosed.

Patterson did not say at what cost GPL will be buying the electricity. On the coastland residents currently pay $51.09 per kilowatt hour for power to their homes. Chairman of the Giftland Group, Roy Beepat, had previously noted that power from the company would be “below [GPL] diesel plants”.

The PPA is one that Giftland has been pursuing for some time now. However, last year it was revealed that there were technical and legal constraints regarding the sourcing of power from Independent Power Producers (IPP), as GPL’s licence restricted the utility company from purchasing power from entities other than an IPP which produced power from renewable energy sources.

In September 2019, the Ministry had begun the process to amend that section of the GPL licence, opening the door for more IPPs to come on board. As it pertains to Banks DIH, Patterson explained that the company is still being engaged. “They are still interested but they have reported that sometime last year they had a mishap with their Banks plant… so the amount of reserve power that they had available to sell has been reduced, so they’re getting themselves back to normalcy and we will re-engage them when they say they are ready to continue,” Patterson explained.

This development marks a major step for altering how the utility goes about supplying power to the nation. Patterson, however, explained that prospective IPP should engage the company before going about investing in a plant, to ensure that the supply is aligned to an area that has a need.

“We don’t want persons to just find a piece of land in any location and decide that they want to build a power plant to sell to us, it has to be discussed and agreed strategically,” Patterson explained.

“It’s a question of where you are, and the need. Giftland is fortuitous because it takes off the load from other power producing centres on the East Coast, but obviously with somebody in Kingston, we wouldn’t really be interested in that because we have power plants there. But say if somebody is in Berbice, I think GPL may be more interested. It would mean less dependency on the Georgetown-based and Vreed-en-Hoop-based power systems, less distance, less dependency, so it’s a strategic approach.” In Guyana, the state-owned GPL is a vertically integrated utility with a monopoly on the transmission and distribution of electricity. The coastal generation is largely handled by Power Producers and Distributors Incorporated (PPDI), which is also state-owned, and contracted to operate and maintain the power plants on behalf of GPL.

PPDI was established in 2016 to take over power plants previously operated and maintained by Wartsila Operations Guyana Inc. PPDI is responsible for a total electrical output of 106.7 megawatts within the Demerara to Berbice Interconnected System (DBIS), sourcing from four power plants, namely Garden of Eden (22 MW), Kingston #1 (22MW), Kingston #2 (36.3 MW) and Vreed-en-Hoop (26.4 MW).

This power generation is wholly insufficient, and GPL over the years has continued to explore the option of utilizing IPP. It has been noted that if GPL is to properly address issues which it currently faces, it needs to integrate greater private participation in power generation and move to focus more on electricity transmission and distribution, than on generation.

“The issue of private investment in the energy sector is an important one if GPL is to make the kind of progress that is required to solve some of those generation problems,” Programme Manager for Energy and Head of the Energy Unit at the Caribbean Community (CARICOM) Secretariat, Devon Gardner, had noted in a previous interview, “If GPL was able to focus on transmission and distribution a lot more, and allow the private generators to generate and sell to them, then they would be able to focus on what utilities typically do, which is figuring out how to move the electricity from where it is being generated to the demand centres.” 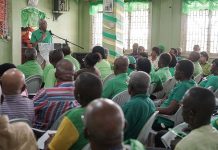 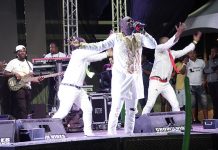 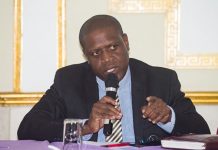