Some 700 Cubans visit Guyana every week and are contributing to this country’s economic development as it aims to strengthen trade between the two nations.

This was disclosed Thursday during a meeting between Ambassador of the Republic of Cuba to Guyana, Narciso Reinaldo Amador Socorro and Guyana Cuba Solidarity Movement (GCSM) President, Halim Khan, at the Cuban Embassy, High Street, Kingston, Georgetown.
Khan said the cooperation with Cuba is vital to advancing Guyana’s green agenda and overall economic development.

The GCSM President noted that not only are some cambios benefitting from the Cubans’ heavy presence in Guyana, but homeowner, hotels, food establishments, taxis and other businesses are also reaping the benefits.

Khan pointed out that Cuba continues to provide a large number of scholarships in the fields of agriculture, engineering and medicine to Guyanese students and young professionals.

Also, Cuban professionals, who work in the local healthcare system, continue to provide medical care and attention to Guyanese.

The Cuban ambassador thanked the GCSM president for his visit and affirmed that Cubans will always remember with gratitude the four Caribbean nations, including Guyana which in 1972, made the decision to establish diplomatic relations with Cuba, a fundamental step against the diplomatic and commercial isolation against his country.

He said the government and people of Cuba are also deeply grateful to their Guyanese sisters and brothers for the permanent support against the US trade embargo against Cuba. 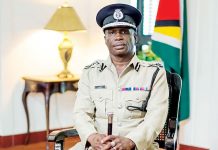 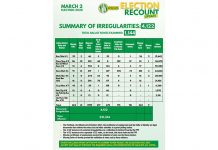