–Councillors question wisdom of her decision

GEORGETOWN Mayor Patricia Chase-Green on Monday threw out Councillor Sherod Duncan’s Motion of no confidence against Town Clerk Royston King.
In doing so, she cited having had legal advice that King can only be disciplined by the Local Government Commission (LGC).
The motion, which was brought against King by the Alliance for Change (AFC) Councillor and seconded by Deputy Mayor Lionel Jaikarran, not only spoke to a number of shortcomings on King’s part, but also accused him of acting outside of the interests of the citizens of Georgetown.

It also accused King of showing “total disregard” for the laws governing the municipality, which adumbrate the role of the Town Clerk and Council, and set the latter as the supreme decision-making body.
“I advise that the Motion, if passed in its present form, would be otiose, nugatory, incompetent, ineffectual and of no legal effect,” was the advice given by attorney-at-law and former magistrate, Maxwell Edwards.
Under the Municipal and District Councils Act, Chapter 28:01, a Town Clerk cannot be disciplined by the City Council; only by the LGC, which became operational on October 23, 2017, the mayor said in reading Maxwell’s advice to councillors.
And even if the no-confidence vote was carried, it would not have been binding on the LGC as the disciplinary authority.

“The proposed mover of the Motion is not a member of the LGC, nor is he to be presumed to be acting under delegated authority,” the lawyer advised, adding that Duncan’s Motion should be limited only to a discussion of his allegations.
Chase-Green, as directed by the lawyer’s advice, asked Duncan to amend his Motion by removing the “vote of no confidence” aspect of it. But he refused, resulting in the mayor ruling that the Motion will not be allowed.

DISSENT
However, several councillors have criticised the mayor’s handling of the matter, on the grounds that she ruled on the advice brought to the Council by the very Town Clerk, against whom the Motion was brought.

One APNU (A Partnership for National Unity) Councillor who spoke to the Guyana Chronicle on condition of anonymity, said it is the Council, and not the Town Clerk, that should have sought legal advice on the matter.
Said he: “My thing is that if the Council wanted, it could’ve engaged an attorney; not the Town Clerk.

“Despite what you are getting may be legally sound, there may well be other ways of looking at it as well, and other ways of how you can support rather than throw out.
“So, really, if we wanted to have a legal opinion, then the Council should have solicited that. King seeking that advice is tantamount to a conflict. I might be wrong, but that’s how I see it.”

Team Legacy’s councillor, Carolyn Caesar-Murray told the Guyana Chronicle in an invited comment that the City Council has its team of lawyers, and hence they should have been contacted.
“I totally believe that the city has its group of attorneys,” she said. “And for something of this magnitude, we should have gotten advice from our legal experts and not from an attorney that is dealing directly with the Town Clerk.”
Caesar-Murray went on to say that an independent lawyer should have been contacted in this instance to pronounce on the matter.

“We didn’t even need to use the information from the Town Clerk to look at this ‘No- Confidence Motion’,” she said, “because embedded in 28:01… it speaks to the power of the Council and says we don’t have the authority to discipline local-government officials.
“We had enough merit that we didn’t need King’s information to make a decision.”

HIGHLY PREJUDICIAL
People’s Progressive Party (PPP)’s councilor, Bishram Kuppen opined that the mayor’s decision to read the single opinion of an attorney that is favourable to the Town Clerk is highly prejudicial to the Motion.

“She should have circulated it beforehand to give the councillors, especially the councillor who moved the Motion, enough time to look at it and challenge it,” Kuppen said, adding:
“Now the mayor went on the opinion of a single individual. What about competing opinions? This is not the ruling of a court of law; this is a single lawyer’s opinion. It doesn’t mean he’s right, and no other lawyer was given an opportunity.”
Kuppen said he believes that the mayor may have had the lawyer’s advice for quite some time, but failed to share it with the rest of the Council.

“I think that is highly prejudicial, and Councillor Duncan should’ve been given an opportunity to ventilate on that issue,” he said. “I raised my hands several times to speak, and she would not allow me, but she would allow councillors from her own political party to speak.

“The mayor should’ve sought the opinion of an independent lawyer as opposed to taking the opinion of the Town Clerk’s lawyer as gospel.”
Chase-Green, however, pointed out to this newspaper that it was by a majority decision that the Council agreed to accept the lawyer’s advice.
Meanwhile, in a social media post, Duncan said he was not even allowed the courtesy to speak to his own Motion, even though it was placed on the agenda.
“The Town Clerk procured legal advice that the Mayor, Her Worship Patricia Chase-Green, admitted was not asked for by Council, but was read out before my Motion,” he wrote in his post.

“Her Worship said the Town Clerk procured the legal advice because the matter concerns him. The advice was later accepted by Council ahead of my tabled Motion.”
Duncan said he believes the legal advice is biased and against natural justice, as it was procured from the husband of a sitting Councillor, Noelle Chow-Chee, “who is clearly against any sanctioning of the Town Clerk.”

“So, in effect, the Mayor followed the advice of an individual who has no authority at Local Government; whose advice was not sought by the Council but by the Town Clerk who is the centre of the Motion in question.
“Also, what I find frightening and against the law of natural justice and democratic norms is the fact that the Town Clerk was allowed to guide the House from his chair, even though the matter concerns him centrally. Natural justice is clear, ‘nemo iudex in causa sua,’ no-one should be a judge in his own cause,” Duncan said. 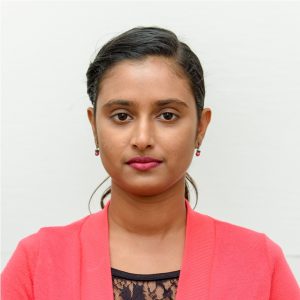