LOCAL boxers who will appear on Saturday night’s six-fight card, organised by the Guyana Boxing Board of Control in collaboration with the NexGen Global Marketing Inc., yesterday paid a courtesy call on Minister of Sport Dr George Norton at his Main and Quamina Street office.

During the visit which was followed by a very brief press conference, Minister Norton said that at a reception, he and GBBC president Peter Abdool engaged in discussions as to how the government of Guyana can assist the boxing board to revive the professional sport which has seen local fighters reach the pinnacle in boxing.
This, he said, resulted in his ministry’s support for Saturday night’s card and further cooperation in the sport.

Minister Norton noted that there are persons from the hinterlands of Guyana who can take a punch and defend themselves against some of the best in the amateur arena and that is the reason his ministry has employed Orlando Rogers as a coach of the sport in the hinterland.

He went on to say that there is a possibility that Guyana can benefit from hinterland boxers at the Olympics.
Abdool, in brief remarks, acknowledged the minister’s interest in both amateur and professional boxing.

Dr Norton, an avid health and fitness individual, said he is looking forward to Saturday night’s card and he is glad to see that the boxing community, along with corporate Guyana, is committed to the sport.
Minister Norton used the opportunity to solicit more support from the corporate community.

Among the sponsors on board for Saturday’s card are main sponsors Banks DIH Limited and Fly Jamaica. Other sponsors include NexGen Global Marketing Inc., New Trend Auto, Hand-in-Hand, New India Assurance, Chetsons, Giftland and Apache Taxi Service.
Meanwhile, the weigh-in of boxers on the card will take place at 15:00hrs tomorrow at the Giftland Mall, East Coast Demerara. This will be followed by a press conference.
The feature bout on the card will be a flyweight contest between Guyana’s Dexter `De Kid’ Marques and Venezuela’s Dionis Martinez Arias in a 10-round contest.

The main supporting bout brings together Guyana’s Shawn Corbin and Trinidad and Tobago’s Sheldon Lawrence in a WBC FECABOX light heavyweight 12-round title fight.
Guyana’s Dexter `Cobra’ Gonsalves will do battle with Venezuela’s Felipe Barcelo in a 10-round contest and Elton `The Bully’ Dharry will face off with Venezuela’s Jesus Garcia in an eight-round bantamweight contest.

The night’s opener is a four-round contest between debutants James Moore (Guyana) and Anderson Emmanuel (Barbados) in a heavyweight contest.
Guyana’s Anson Green will then meet Keithland King of Barbados in a four-round junior middleweight contest. 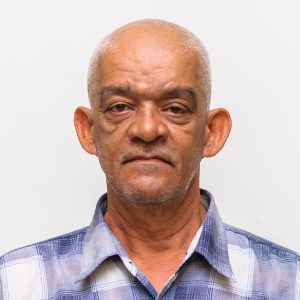 Michael DaSilva
Over 150 U.S. companies ‘eyeing’ Guyana’s ‘agri’ sector
Guyana gets second shipment of COVAX vaccine
Rice ‘rakes in’ U.S.$65.7M
Sea defence will not be lost by displacing mangroves
Man turns self in after fatally stabbing brother
View All