By Dillon Goring
“MUSIC in Guyana is growing particularly since we have got oil; the landscape is changing.” This is the view expressed by one local musician and producer, Christian Sobers.

When Pepperpot Magazine visited him at his production studio, Sobers expressed that the demand for live musical performances has increased and that demand is now placed on artistes and music producers to produce quality music.

“So, what you are finding is that there is a stronger need and requirement for live music. People are wanting to listen to live music while they are dining at a restaurant.

There is always an influx in work to perform more, train more and get gigs whether locally and internationally as well,” Sobers noted during his interview.

Sobers noted that every country that grows socially and economically grows in the arts as well and Guyana is in the middle of that right now.

The Structure Element missing
“I would say that one of the things we miss is the structures. Music like any other thing in life, there are steps and stages to it. It is not just about talent. It is the ability to put that talent where it can be viewed and appreciated. So, what is needed in Guyana, is schools where one can go and be trained and have quality education and learn about the music, thus having venues where you can perform,” Sobers told Pepperpot Magazine.

He alluded to the fact that we have the talent, but the structure of getting that talent in recording studios, marketing your music, and how to get the deals for the record labels is lacking. 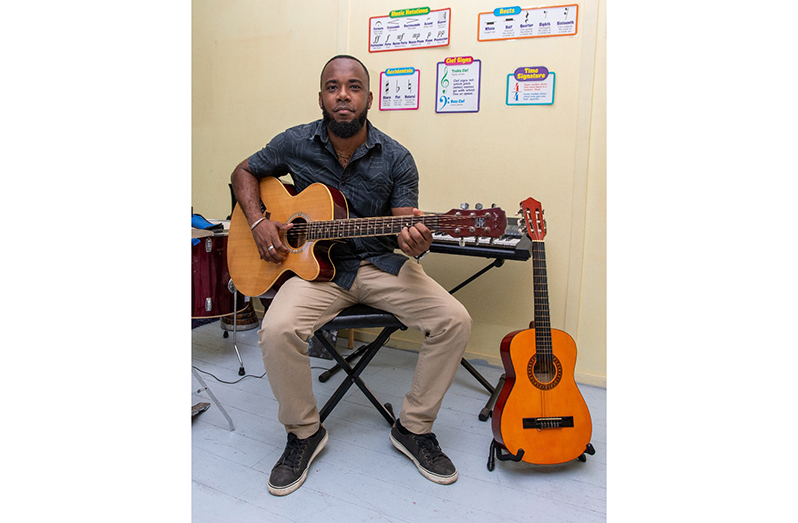 Sobers mentioned that, every year, there are various avenues where talented Guyanese get opportunities to perform at several events such as Chutney Soca Monarch, Calypso Competitions, and the like, but since there is no structure in place, the music dies and is resurrected at an inopportune time.

According to him, there are opportunities where Guyanese music can be well-received in outdoor spaces such as seawalls and other new facilities that are now being created for family gatherings.

“Here is what is happening with that. A performer knows he or she is getting work, so he or she is working on their craft, even if they are skilled in other professions. Therefore he is putting in that work because he or she knows that they are getting gigs,” Sobers noted during his comments.

The performance of these artistes can be so exceptional that they decide to be full-time musicians.

THE IMPORTANCE OF NETWORKING
“We have had performers over the years that have performed outstandingly and have gained international recognition. They need to be consistent regarding their networking with the international world,” Sobers noted during his comments, as he sought to explain the reason why we aren’t seeing Guyanese artistes very often on the international stage.

“ The Government is working on some strategic incentives for where they can support artistes like now we have a database of artistes to select from, but as a performer, you have to network,” Sobers told Pepperpot.

He is convinced that Guyanese artistes need more platforms, studios, and more importantly marketing of their music to be consistent in the music world.

Copyright occurs in stages, but, like everything else, you need to have quality music out there to establish copyright laws, he opined.

“I believe that music in Guyana will grow if the right structures are put in place. We need workshops, going into schools and working with teachers. If these are done, we would be able to better the current performers and nurture the next generation,” Sobers told Pepperpot Magaizne.