THE reasons for and the theatre of events of the Second World War, will always remain pivotal as a pool of paradoxes and a source of examples to define the catastrophe and sadness of human error and hypocrisy in the fulfilment of mass mesmerism against enemies-real and unreal-categorised as necessary for survival, regardless of the toll paid. The ‘Arts’ have always been the custodian of the aesthetics of peoples, tribes and nations, and WWII, preceded by the era of European/American colonisation of the non-white world that heralded it, which was no different as an event of consequences in the human saga had passed its first stage with WWI, with Germany as the loser. To restore the national self-esteem of the German people, the Nazis had turned to Wagner’s music, imagery and the aesthetics of their folk culture and mythology. Nothing was wrong with this, except that to inflate the national ego, a dangerous racial context had to be added to destroy the cosmopolitan nature of Berlin, the cultural hub of Germany with its Jazz clubs, new art fan ship etc., which was not politically obedient to the new order. Hitler himself was an artist-and though his talent was mocked-there is a reprint by ‘Typhoon International’ in 1999 of the 1936 collection described as “A Chilling Tale of Propaganda,as packaged by Dr. Joseph Goebbels, titled Adolf Hitler” and recommended to the library of career Marketing/Advertising individuals. It indeed carries a few illustrations ascribed to Hitler. If they are truly his, then he was talented. But in the contest between talent and power, power and vengeance dominated. 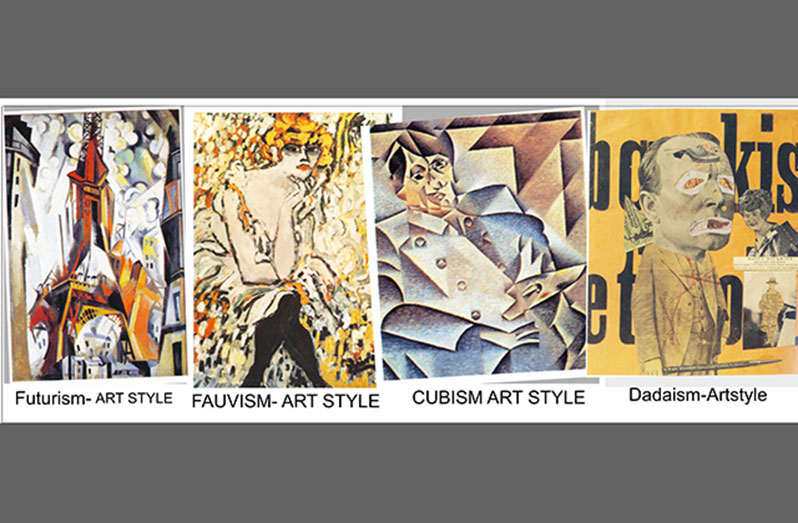 Art always takes on an expression that mirrors and sometimes inspires the ideals of the era. The Art of the Renaissance evolved from Grecian forms and reaches farther back into Africa. They all revolved around Gods and religious iconography. Leading to modern times, Kings, Royalty and battles predominated. Eventually, the Art moved on from the propaganda ideals of religion and Royalty to people, ordinary people and their worlds, some from exotic places. The topics change, and the era of the arts and humanities that the Nazis confronted when they came to power could not be reconciled with, and thus they announced “ An aesthetic purge of the degenerate Artists.” This included ‘Expressionism, Cubism, Futurism and objective realism; all were defined as ‘Jewish Bolshevik art.’ The ideal of Nazi Art was classical Art that more suited religious ideological and racial idealism. The Jewish directive was not Hitler’s creation, and we cannot enter that realm of clarification without losing our way, thus an extract before Hitler can be referred to, as an insight to Jewish/Christendom European ethnic contentions. “Balfour repeated some talk he had with Frau Wagner at Bayreuth (Wife of the German Composer Richard Wagner) two years before, on the position of German Jews. Frau Wagner had complained how Jews had captured the stage, the press, the universities and commerce, and she expressed the resentment of Germany at being obliged having to receive all culture at Jewish hands” see-Arthur James Balfour 1906-1930:
‘The Nazis at the beginning of WWII had confiscated across occupied Europe 29 large shipments, including 137 freight cars filled with 4,174 crates containing 21,903 Art objects of all kinds that went to Germany. Altogether, about 100,000 works were looted by the Nazis in France alone’; the total amount of works plundered has been estimated to be around 650,000; it was the greatest art theft in history see-Vanity Fair April 2014. In retrospect, the greatest art theft in history is most likely that taken from the pre-Arab/Islamic Egypt/Sudanic Cultures, but it would be correct that in modern times, this Nazi art theft did excel. The hypocrisy, however, was that the Nazi minister of public enlightenment, Goebbels, decided to make money from ‘Degenerate Art’ and possibly determine by show and force of propaganda the determination of the German public, two exhibitions were held in Munich, one ‘’ The Great German Art Exhibition” and the other titled, “The Degenerate Art Show”; the latter at its opening had some two million visitors, an average of twenty thousand citizens a day. This was more than four times the number that came to the “The Great German Art Exhibition” of approved blood and soil imagery that would inspire the mood of the War years. What is significant is that many art pieces ended up in possession of Nazi Art thieves and are still most likely in German and most other Western museums. Despite the accusations of inferior art and condemnations, the art was not destroyed. Its degeneracy was not reduced to ashes, it was permitted to survive, but it seemed a good promotional campaign to steal the soul of another, after first condemning what you admire or cannot contextualise. The irony of it all, is that the top collector employed by the Nazis was himself Jewish, Hildebrand Gurlitt. As well as the man who crafted the narratives of the concept of ‘degenerate art,’ Max Nordau in his book ‘Degeneration’ he was the son of a Budapest Rabbi, and though unrelated, it was Fritz Haber, a Jewish Captain in Kaiser’s army and a chemist that created Zyklon B, used on the Western front in WWI and also in the gas chambers to exterminate Jews in WWII; this eclipsed his other contribution to the creation of ammonia for fertiliser. However,as a German Jew, none of this saved him from persecution by the Nazis.

The contradictions and paradoxes of past events must remind us that the pursuit of excellence must be guarded with realistic foundations of awareness. For those of us in the arts and humanities, creativity must always be on guard against challenges, misused at times, and condemned, yet to be resurrected. The Vanity fair article that aided this article placed a value on the stolen art cited, of over a billion dollars today; many of the owners have perished, but the art does command our perspectives on all that was involved.