SHE hurriedly changed her clothes, wrapped a shawl over her head, so it partially covered her face and opened the door to go with him to his home. It was the first time since the attack she had stood this close to a strange man. Aiden took her hand, giving it a little squeeze and that support along with her deep concern for Aashi made her, for that moment, not think too much of her fear.

The child was running a high fever and Shamita checked the medication the doctor prescribed, having a little knowledge of medicine through networking with medical friends.
“This should have lowered the high temperature,” she said.

“I don’t understand why she’s not feeling better,” the father said, deep worry in his voice, “I took her to the best paediatrician in town.”
Shamita put a damp towel on the child’s forehead and caressing her face gently, she spoke to her softly, “Aashi, I’m here with you.”
The child mumbled her name weakly and Shamita continued talking to her.

“I miss you, your chatting and laughter, and remember we were supposed to bake chocolate chip cookies.”
A tiny smile played at the corner of the child’s mouth and opening her eyes she said, “Yes.”
“Well you know you have to get well for us to do that.”
She lifted her little arm to touch Shamita’s face and muttered, “I will.”

Shamita turned to look at the father who was standing by the door, tears in his eyes. He walked to the child’s bedside and looking at Shamita who had turned and lowered her head, he said, “Now I understand, she doesn’t need medication, she needs you. Can you stay with her tonight, at least?”
Shamita did not answer for a short moment then she nodded her head. She could not say no, not to a man who had lost his wife a few years ago and whose children were now his everything.
She did not sleep at all that night, closely attending to the child and by two ’oclock in the morning her temperature had dropped close to normal. Shamita sighed deeply with relief and leaning back on a chair by the bedside, she fell asleep. 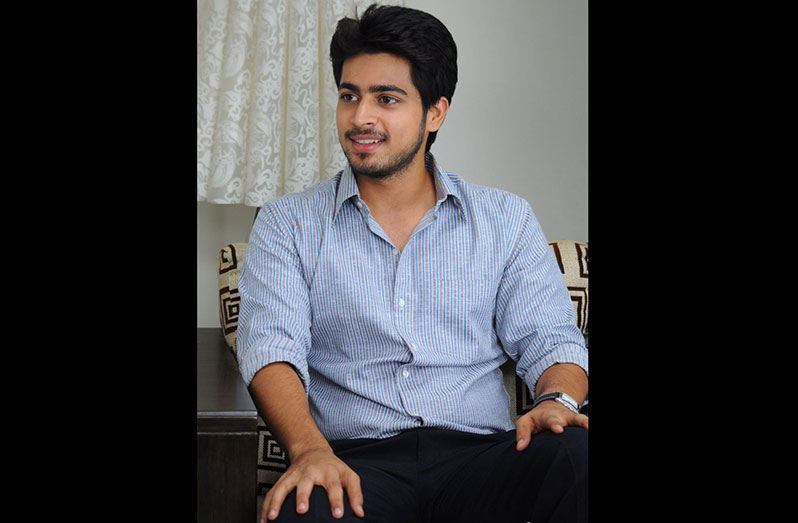 She did not know when the father came into the room to check on Aashi and he stood looking at Shamita for a long moment. She had taken off the shawl, but her hair partially covered the scars on her face.
“Still pretty,” he said silently, a new, unique feeling rising in his heart and he left the room quietly.
Shamita was awakened by a soft touch on her face and sat up, a bit abruptly, to see Aashi standing in front of her, her hair tussled from sleep.
“Hi,” Shamita said with a relieved smile, “How are you?”
“You came to see me,” the child said, happiness in her voice.
“Yes, I was worried about you and your dad was even more worried.”
“I wanted to be with you,” the child said, hugging her.

“I’m here now,” Shamita said, smoothing the tussled hair, touched by the child’s affection, “No need to worry anymore.”
Her father, brother and puppy came into the room a little later and Aiden exclaimed joyfully, “Aashi, you’re okay!”
Crystal parked happily and the father lifted his daughter in his arms, tears of relief in his eyes.
“Do you know what a scare you gave me?”
“Sorry daddy,” Aashi said sweetly, hugging her father.

It was such a happy scene and the father said to Shamita, “Not sure I have enough words to say thank you.”
She smiled just a little, “It’s okay, I’m happy for being able to help Aashi.”
“I guess I can now introduce myself formally,” he said with a pleasant smile, “I’m Rajiv.”
She nodded with a little smile, not looking directly at him, “And I’m Shamita.”

The children were very pleased that they were talking to each other and Aashi wanted Shamita to stay, but Rajiv told the child, “Your angel hardly slept last night, she needs some rest and she’ll come back later.”
Rajiv came for her late in the afternoon and she spent time with the child until it was bedtime. As she kissed her ‘good night,’ the child asked, “Can you stay with me?”
Shamita thought for a moment before answering and smiling warmly, she said, “I’m not sure about that now but I’ll always come to see you.”
“You’ll like my daddy,” she said with an adorable smile, “He’s handsome with great hair.”
Shamita couldn’t help laughing a little and assured Aashi, “I can see that.”

Aashi recovered to full health and looked forward eagerly to Shamita’s visits, while Crystal continued to run away during the day to her home.
“My kids and the puppy have gotten very attracted to you,” Rajiv told her one night as he took her home.
She did not answer, knowing in her heart she felt the same for them, but for him?
She was not sure of that answer, though she felt the glow of a new feeling within her.
The shadows were fading.

One day at a time…
One night when he was saying good night, the shawl slipped from her head and before she could readjust it he said, “You don’t need to wear that anymore because the scars I cannot see, I can only see the beauty.”
For the first time she looked him in the eyes, unafraid now and saw what she had been feeling.
Is this love?

She inhaled deeply, said a quiet ‘good night’ and closed the door behind her, leaning against it, breathing slowly.
Is this what she had waited for? Is this the change she wanted so she could bravely face the world again?
The next morning as the first rays of golden sunlight lit up the room, she stood in front of the mirror, her mind somehow refreshed, a beautiful smile on her face and she asked,
“Mirror mirror,
What do you see?”

“I see a girl who has found something new and special that freed her from the fears, free now to live her life.”
She turned to face the sunlight, a glow on her face, kissed now by the dawn of a new day.