Dr. Shivani Samlall. MBBS, Specialist in Obstetrics and Gynecology with a sub-specialty in Gynecology Oncology, with over 10 years of practice. Dr Samlall can be contacted at drshivanisamlall26@gmail.com

THE BURDEN OF OVARIAN CANCER TO WOMEN
I AM sure many of my readers would have read a story in Stabroek News, where a woman discussed her journey with Ovarian Cancer. As a Gynecologist Oncologist, I am awfully familiar with these stories, having witnessed and managed many women with this type of cancer. While hers have been a battle that has afforded her the opportunity to recount and spread awareness of this disease, this is not the tale of many, since the number of ovarian cancer survivors are very few. As a result of the enormous burden of this disease, I thought it necessary to discuss Ovarian Cancer in this week’s column.

INCIDENCE AND SCREENING
Most women have an approximately one in 70 chances of being diagnosed with this cancer. While the number of women that is affected by this disease is low, the mortality rate or the number of women who die from this disease is extremely high. This is because, unlike cancers such as Breast and Cervical, Ovarian cancers do not have screening, which means that there is no test that can singlehandedly be used to diagnose this cancer in its early stages or prevent death from this disease. This ultimately leads to late detection and a high death rate.

Recalling one of my first cases: I vividly recall this patient during my Obstetrics and Gynecology residency training, who was in her early 30s when she was diagnosed with Ovarian Cancer. At the time of her diagnosis, the cancer had already spread or metastasized to different organs, so despite surgery and chemotherapy, she succumbed shortly after her diagnosis.
This case enhances the urgent need for women to know their risk and symptoms (even though unspecific) of Ovarian Cancer.

Ovarian Cancer Risk: Being aware of your risk level can help you make more-informed decisions.
– Aging: average age at diagnosis is 62.
– Inherited diseases: Approximately five to 10 per cent of women with Ovarian Cancer have a family history of Ovarian Cancer, Breast cancers or other cancers.

SIGNS AND SYMPTOMS OF OVARIAN CANCER
As was referred by the Stabroek News patient, she had symptoms that were interpreted as gas. This is because the symptoms of Ovarian Cancer, are not specific. Therefore, they may be blamed on other common conditions.
– abdominal bloating or swelling
– abdominal or pelvic pain
– difficulty eating, or feeling full quickly
– lack of appetite
– frequent urination
– change in bowel habits (constipation or diarrhea)
– change in menstrual periods
– back pain
– weight gain or loss

Besides a healthy lifestyle (eating well, staying active, and maintaining your target weight), factors that may lessen the risk for ovarian cancer include:
* Pregnancy. Having more full-term pregnancies lowers the risk of Ovarian Cancer.
* Oral birth control (OCPs)- protects against Ovarian Cancer. This effect appears to last for many years after discontinuing the pill. However, because OCPs also pose other risks, its usage should be discussed with your doctor.
* Tubal ligation

PREVENTING OVARIAN CANCER IN WOMEN AT HIGH RISK
Some women may remove the ovaries and fallopian tubes to prevent the disease.

DIAGNOSIS AND TREATMENT
Pelvic exam — to determine the characteristics of the ovaries and other structures
Additional tests: can be ordered if you are experiencing persistent abdominal bloating, discomfort or other symptoms, or if you have risk factors for Ovarian Cancer. If found to have a suspicious mass or other indication of Ovarian Cancer, women should see an Ovarian Cancer specialist, ideally a gynecologic oncologist.

Following a pelvic exam, a transvaginal and a CT scan of the chest, abdomen, and pelvis is usually indicated.

CA 125 and other markers

This tumor marker can in some cases indicate the presence of Ovarian Cancer, since most epithelial Ovarian Cancer cells release this protein. However, other types of tissue including non-cancerous tissues can also raise the level of this protein.
Surgery: Importantly, to truly diagnose Ovarian Cancer, your doctor needs to preform surgery, where the mass is removed and sent for a biopsy. Once cancer is confirmed, staging is done, whereby small samples of tissue are taken from within the abdomen, including from the other ovary, fallopian tubes and peritoneum.

Surgery is the main treatment for Ovarian Cancer in both early and advanced disease, as well as for women with recurrence (cancer that comes back after treatment). The type of surgery will depend on the type of Ovarian Cancer and the extent of the cancer.
Chemotherapy: Following surgery, and staging of your cancer, chemotherapy may be recommended.

In conclusion, while there have been many improvements in the management of these patients, the lack of screening means the impossibility of early detection, thus the number of women who will die from this disease will remain high. It therefore becomes necessary for women to have regular routine or yearly well-woman exam, where risk factors can be identified and symptoms (while they are unspecific) can be interpreted. And once there is a high suspicion for Ovarian Cancer, patients should be managed by an Ovarian Cancer specialist. 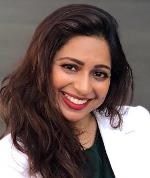