THE Guyana Mangrove Restoration Project (GMRP) since its inception has aimed to address the decline in the mangrove forest area in Guyana. As such, a number of large-scale mangrove-restoration projects were done. The Wellington Park Mangrove Restoration Project is one such project. The primary objective of this project is to seek the commitment of Guyanese towards the protection and development of sustainable mangrove forests as an inexpensive form of sea defence.

Despite their considerable value in terms of ecosystem services, Guyana’s mangrove cover has declined rapidly in recent years from an estimated 91,000 ha in 1980 to 22,632 ha in 2011, representing a 75  percent reduction over a three-decade period. It should be noted that estimates of Guyana’s mangrove extent vary widely in the literature (Holowell 2009, Saenger et al. 1983, Snedaker 1986, Spalding et al. 1997) and work is underway to improve these estimates. 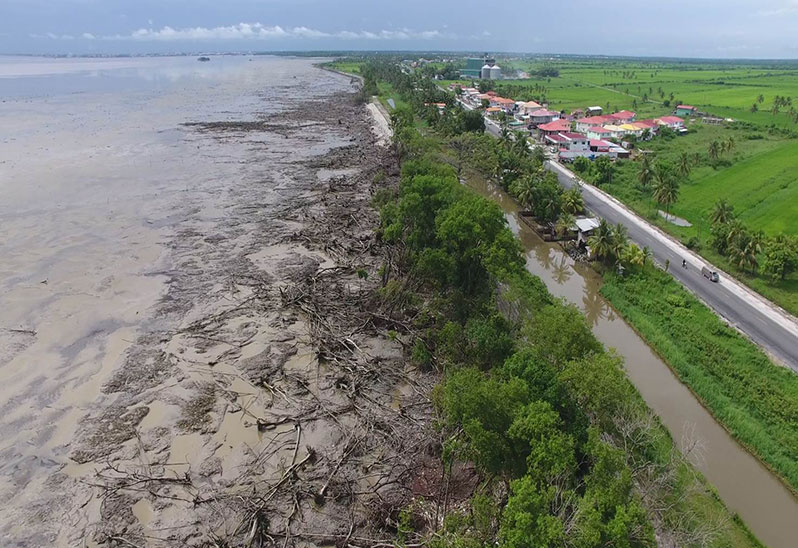 The future
The GMRP has planted about 54,000 mangrove plants at Wellington Park. This area has been helping to stabilise Guyana’s shorelines and provide a buffer from storm surges.

It is also important to recognise that the scale of the problems facing Guyana’s mangroves requires an integrated response from the Government of Guyana, of which mangrove restoration is just one component. This requires recognition of the anthropogenic stresses impacting Guyana’s coastal mangroves. .

The Wellington Park Mangrove Restoration Project is one of such projects that will help to stabilise Guyana’s shorelines and provide a buffer from storm surges. It is important to remember that according to the amended Forestry Act of 2010, mangroves are designated as protected species, and therefore it is illegal to destroy mangroves without prior permission from the commissioner. In addition to this, the EPA also encourages and works with communities and the public at large to spread awareness on the importance of having intact mangrove ecosystems along our coast.