MONTHS after the Bank of Guyana (BoG), the country’s central bank, blocked Republic Bank Financial Holdings (RBFHs) acquisition of Scotiabank’s operations in Guyana, BoG Governor Dr. Gobind Ganga says Scotiabank is no longer exiting the local market.
“Scotiabank is not going anywhere; we should be happy to get Scotiabank here as an international bank,” Dr. Ganga said in an invited comment on Friday.

In November 2018, Bank of Nova Scotia (BNS.TO), trading as Scotiabank, reported that fourth-quarter earnings were marginally below expectations, and said that it planned to exit nine countries in the Caribbean as part of a shake-up of its operations.
At the time, Scotiabank said it planned to sell its banking operations in Anguilla, Antigua, Dominica, Grenada, Guyana, St. Kitts & Nevis, St. Lucia, Sint Maarten, and St. Vincent & the Grenadines to RBFH.

The central bank, however, denied RBFH’s application for takeover, noting that “it would lead to systemic issues, which would have affected the health of the financial system here.”
Officials had explained that RBFH’s Republic Bank held 35.4 per cent of the banking system’s assets, and 36.8 per cent of deposits in Guyana, and as such the acquisition of Scotiabank would have increased this to 51 per cent of both assets and deposits.

“This, too, will have an impact on competition, and the potential for Republic Bank to have too much influence on pricing of banking products and rates. The sale will also have an impact on issues related to correspondent banking options, and the loss of jobs with Republic Bank likely to consolidate branches,” the Ministry of Finance said last year.
Late last year, international news agency, Reuters, had reported that the Bank of Nova Scotia will not proceed with a proposed sale of its operations in Guyana, following opposition from the central bank.

When asked if Scotiabank is still on the hunt for a buyer, Dr. Ganga said the bank has since rescinded its decision to exit the market.

“Scotiabank decided to remain here, and so far, there is business as usual,” said the governor, who, in a recent report, had encouraged Scotiabank to take advantage of the opportunities which will come from the local oil-and-gas industry.

Just last Tuesday, Minister of Finance Winston Jordan, in congratulating Citizens Bank on its achievement in 2019, said Guyana is going through a period of growth, and as such it is important that the financial institution capitalises on that growth, and even seek to command a greater share in the local market.

“It [the market] is ripe for the picking, and the Bank has to right-size and manage the growing environment that is coming. We are in for good things; we just shipped our first million barrels of oil, and money should start rolling… This is not a time for regrets; it is time to think how to manage the fortune, and how the bank can offer a different type of service,” Minister Jordan said.

As the country continues to grow, investors, including banks, will be attracted to Guyana. Testimony to this is the recent visit by a team from American multinational investment bank, Citibank, which met with government and private sector officials just last week.
Reports are that CitiBank is looking at the possibility of entering the Guyana market and setting up operations here. 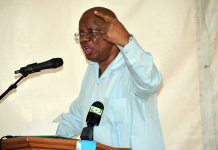 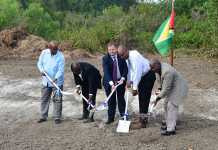 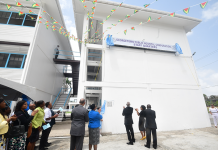