By Svetlana Marshall
WITH 96 per cent of the 747,000 people living in Guyana currently having access to improved drinking-water resources, Guyana Water Incorporation (GWI), in 2020, will move to acquire two rigs, as it aims to achieve 100 per cent coverage in the not-so-distant future.

GWI Managing Director, Dr. Richard Van-West Charles, during a recent interview, said the massive achievements made in the water sector are as a result of President David Granger’s vision to provide Guyanese with equitable access to potable water, and the ability of GWI to fulfill its mandate.

Speaking in the presence of GWI’s Executive Director of Hinterland Services, Ramchand Jailal; Head of Water Quality, Dr. Deon Anderson; and Sanitation Consultant, Dr. Darren Shako, Dr. Van-West Charles disclosed that within a period of four years (2015-2019) GWI drilled a total of 48 wells thereby extending its reach, and providing potable water to far-flung villages and even communities along the coast, which had little or no access to safe drinking water. In 2019 alone, 22 of the wells were drilled.
In 2020, GWI will acquire two rigs – one for the coastland and the other for the Hinterland– as it strives to increase water access. A number of new equipment will also arrive in the country in January 2020, to facilitate the maintenance of wells.

Weighing in on the matter, GWI’s Executive Director of Hinterland Services said that, in the past, the water company focused on providing the coastland with water. Today, he said attention is being given to Regions One, Seven, Eight and Nine. “When we visited the communities in Region Nine, we found that communities were suffering, residents, at the time, had to walk to other communities to access water. There was an extended dry period, and the hand-dug wells were depleted, some of the water was contaminated, some of the wells were dry,” Jailal explained. He said the Department of Hinterland Services has been meeting with Toshaos at the level of their villages and at the level of the National Toshaos Council with the aim of ensuring that their water needs are met. Of the 22 wells drilled this year, 18 are located in the Hinterland. He said in the first quarter of 2020, persons can expect the drilling of additional wells.

In villages across the Hinterland, GWI will be conducting monthly tests to monitor the wells and the quality of water. “It is an aggressive programme linked to our strategic plan,” Dr. Van-West Charles said while adding “with the support of the government, you are going to see even more action in 2020.”

Dr. Anderson, who heads Water Quality Department, pointed out that in August 2018, GWI’s Water Quality laboratory achieved national certification for the first time, after conforming to the Guyana Standard GYS 170 “General requirements for the operation of a laboratory.”

According to him, GWI’s water quality is on par with international guidelines inclusive of those established by the World Health Organisation (WHO).
“All the water that we produce, based on the WHO guidelines, is safe for consumption. For this year we have tested in excess of 80,000 samples and between 95 to 100 per cent of those samples have been microbiologically safe, that is to say, free of harmful bacteria, and micro-organisms and safe for human consumption,” Dr. Anderson explained. He noted too that GWI, in 2020, will be optimizing treatment processes at various locations.

Between 2015 and March, 2019, 75,000 Guyanese gained access to potable water. The number has since increased by the thousands. Just days ago, residents of Sand Creek in the South Central District of Region 9 witnessed the commissioning of the village’s first Water Supply System. The water system now provides first-time access to potable water in the homes of more than 1000 residents. GWI is aiming to attain Sustainable Development goal number 6, which speaks to “Clean Water for all” by 2025, long ahead of the deadline. 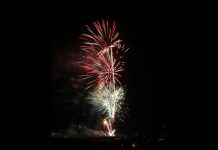 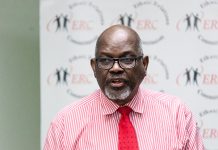 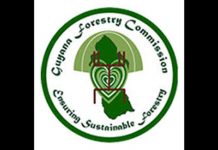