Reporters were on Thursday given the opportunity to view the current position of works on the $290M ‘Cell II’ of the Haags Boshch Landfill site at Eccles.

This was facilitated by the Ministry of Communities through its third annual landfill site media tour.
The Haags Boshch Landfill site currently collects waste from Georgetown, along with 15 NDC’s on the East Bank and East Coast of Demerara.

Cell two is slated to accept waste as of January 2020, and is currently undergoing final works to ensure it meets the set deadline.
Currently the necessary pipelines, geo fabric, and high-density polyethylene (HDPE) pipes are being placed that will lead the ‘leachate’, or waste water that is produced by the garbage, into the leachate ponds to ensure that it is treated and disposed of following environmental protective rules and regulations. A leachate is water that has percolated through a solid and leached out some of the constituents.

Landfill Site Manager, Lloyd Stanton, explained the steps of the waste management process, from the collection of garbage from the trucks, to the dissemination of treated leachate into the waterways. He explained that although there is no new technology in place, the operations of the site have seen some improvement.

“We have improved on what we have got. We have improved the systems of our monitoring, we have moved to do quarterly monitoring, and we are in the process of introducing ground water testing on the site, one of the things to note is that any of these changes or updating of systems come at a very high cost, and we know the implementation is kind of slow but we have started this year, to ensure that what is going on in the landfill site does not affect the general public.”

Stanton further explained that complete process of filtrating, sampling, treating and releasing of the leachate takes approximately 21 days. He disclosed to the media that the treated leachate can be useful in agriculture and that the ministry hopes to, sometime soon, conduct research on what and how it affects vegetation.

Stanton further advised that persons should be made aware of the process of waste management, explaining that after garbage is disposed of by an individual and is taken away by the trucks, they usually aren’t interested in what happens to the waste after that. But really and truly, he said, that is when the garbage is prone to become a threat to the environment.

He added that every individual produces at least five pounds of waste every day, and that accumulates to over 400 tonnes in total, that the landfill receives on a daily basis. Stanton reminds residents to practice the three R’s; Reduce, Reuse, Recycle. This, he said, will aid in alleviating environmental hazards.

Additionally, Stanton said that the Ministry of Communities has recently signed contracts to rehabilitate and upgrade the sites that they have for Bartica, Lethem and New Amsterdam, so as to ensure that these parts of the country are able to have this type of facility to ensure that waste management is done in compliance with the regulatory stipulations. 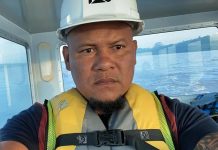 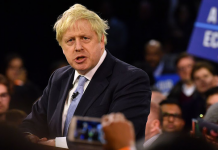 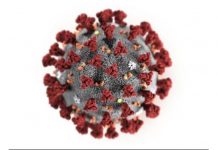