GUYANA’S Head of State, President David Granger, has rejected claims by the diplomatic community that his government was in breach of the Constitution, reiterating he will rely on the advice of the Guyana Elections Commission (GECOM) on its readiness to hold new General and Regional Elections.

He made this clear on Thursday following the statement from American, European and United Kingdom diplomats, which stated that, “by surpassing September 18, the government is currently in breach of the Constitution following its failure to adhere to the decisions of the Caribbean Court of Justice (CCJ) on 18 June and its subsequent orders.”
The statement has caused the Guyana Trades Union Congress (GTUC) to caution the diplomats on their misinformation of the orders handed down the CCJ and the subsequent actions of the government. After being sworn in as GECOM Chair on July 29, 2019, (Ret’d) Justice Claudette Singh took up office 72 hours in keeping with another one of the CCJ’s June 18, 2018 ruling that the previous chair’s appointment was flawed.

From then to now, sometimes thrice a week, the seven-member commission has met to deliberate on and iron out a timeframe for which credible elections can be held in light of a validly-passed no-confidence motion against the current government. The commissioners, who are split on how soon elections could be held and what means should be used to sanitise the voters’ list, saw their discussions come to an end when Singh communicated to the President, on Thursday, that credible elections could be facilitated by late February 2020. This news angered the opposition which had first called for elections to be held by March 21, 2019 [the Constitutional three-month period], prior to the Court of Appeal’s invalidation of the motion and later by September 18, 2019, three months from the CCJ’s ruling.

However, in the weeks leading up to the chair’s announcement, the opposition and opposition-nominated commissioners had contradicted the September 18 deadline by pushing for elections to be held by November 2019. This is the case, as all parties involved had long come to the realisation that the commission was incapable of holding elections by the said date due to administrative and statutory restrictions. While the Constitution provides for an extension of the three-month period to cater for such cases, the extension requires the vote of the opposition which has long made it clear that it would not be returning to Parliament to grant the same. Backing the government into a rut, Opposition Leader, Bharrat Jagdeo then vowed that the People’s Progressive Party (PPP) would commence country-wide protests if the September deadline arrived and an elections date had not been named within the year.

However, also on the said day, foreign diplomats: United States of America Ambassador to Guyana, Sarah-Ann Lynch; United Kingdom High Commissioner to Guyana, Greg Quinn and the European Union Ambassador to Guyana, Fernando Ponz Cantó, were accused of “treading in dangerous waters” of its accusation that the government as in breach of the Constitution. “…we deeply regret that, by surpassing September 18, the government is currently in breach of the Constitution following its failure to adhere to the decisions of the Caribbean Court of Justice (CCJ) on 18 June and its subsequent orders. This situation comes at great cost to the people of Guyana. The prevailing political uncertainty undermines Guyanese institutions, compromises economic opportunities and delays development across all areas including infrastructure, education, health, and social services. It also hinders our ability to support Guyana’s development needs. We therefore call upon the President to set an elections date immediately in full compliance with Guyana’s constitution,” their message stated.

However, responding later that day, President Granger reminded the foreign diplomats of the country’s constitutional guidelines which prevented him from naming a date without GECOM’s input. “The government is abiding by the Constitution in the sense that it has allowed the elections commission – an autonomous agency – to do its work. I have received a letter from the Elections Commission Chairman and I should be meeting my Cabinet in a few minutes time to discuss that letter,” he said.

“But, the Constitution is very clear on functions of the commission. I would be in more breach of the Constitution if I tried to intrude or interfere with the work of the commission. So, I’ll advise the foreign delegations or foreign missions to allow the Government of Guyana to resolve the issues. I have heard from the Chairman of the Commission and I’m very confident that the Chairman, a very prudent and sober retired judge, will recommend to me a date which the Guyanese people are prepared to accept.”

Sometime after, a letter from the GTUC expressed concern about the “out of order statement” issued by the diplomats which it said was “erroneous” in advising Guyanese that the Constitution has been breached.

Elaborating, the GTUC reminded that even the CCJ, Guyana’s highest court, had “declined” the request to set a date by which elections must be held and that the Constitution does not give the President the power to do so without GECOM. “This view [expressed by the diplomats] is not only unfortunate but erroneous, risking the consequence of impugning the erstwhile reputation of the CCJ and the esteemed Justices who presided over the case. This is treading dangerous waters,” the GTUC stated.

“President David Granger cannot issue a date for election outside of the National Assembly granting the authority to do so since the three months period has lapsed. Where the Guyana Elections Commission has today announced its timeline as to its readiness for General and Regional Elections, Government and Opposition must commence engagement not only on an election date but matters of day-to-day governance…what we reject, in the strongest possible term, is support for violating the Constitution and Laws of Guyana and disrespecting the independence and rulings of our judicature. We expect the representative of these countries – notwithstanding their current internal political turmoil – to also respect us – notwithstanding ours – to seek orderly and lawful means in resolving differences. Likewise, as citizens of their countries expect no less Guyanese are no less deserving.”

The union highlighted the fact that the Constitution also states that Leader of the Opposition, who forms part of the Executive, also takes on the “interim” or “caretaker” status of the government and two should therefore seek out engagement on a mutual way forward. Meanwhile, with all due respect, the GTUC invited the foreign diplomats to carefully engage in an “objective re-reading” of the country’s laws and the CCJ’s ruling. 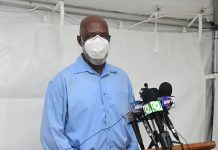 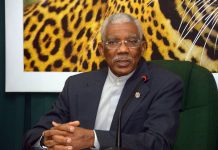 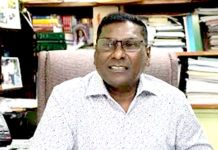