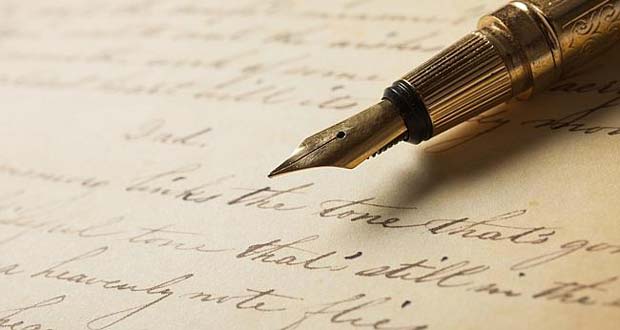 Dear Editor,
MR. Fredrick Kissoon’s July 31, 2019 column captioned, “Forms of degeneracy after 2015 that killed Guyana’s future” demonstrated his obsession with the WPA, and his aversion to giving an iota of credit to President David Granger and the APNU+AFC coalition.

In this election season, Kissoon’s anti-coalition utterances should not be ignored or go unchallenged; to do so exposes young readers to his self-serving distortions. Kissoon is a popular analyst and opinion-maker in society who skillfully mixes propagandising with analysis; it is this that makes him dangerous.

He often assumes the right to demean individuals or organisations whose actions or perceived actions he disagrees with. Kissoon also wants readers to treat what he writes as divine inspiration as well as infallible. He hopes that readers will not see his writings for what it is: Propagandising. Above all, he wants his writings to be treated as academic brilliance, which, often, it is not.

Kissoon, in his column, wrote “… the nation’s curiosity about the newness David Granger would bring to Guyana was shattered when he proved that he lacked leadership qualities”. Kissoon is partisan to the extent that he is unwilling to concede that as President, Granger kept the country together. And in his capacity as a leader, he also kept his six-party APNU+AFC coalition united. Whatever one may think about the President‘s overall leadership, these two achievements are demonstrations of leadership. Kissoon, given his political malice, can’t concede this undeniable fact; yet he claimed to be objective.
Turning his attention to the WPA, he erroneously claimed that the party has become an African party. Kissoon said, “…the atrophy of the WPA from a Rodneyite, revolutionary, multi-racial party to a racial outfit, catering to the interest of African Guyanese only”. The WPA has never declared that it is an African party, “catering to the interest of African Guyanese only”. This false claim is an invention by Kissoon’s to discredit the leadership of the WPA. It is not incidental that he is peddling this propaganda at this time; his aim is to mobilise the Indian community against the WPA and the ‘Coalition’ to benefit the PPP.
In this response, I decided that an effective way to deal with Freddie’s machinations is to provide information to young readers to allow them to have a more objective understanding of national politics.

The WPA came into existence out of cooperation between the African Society for Cultural Relations with Independent Africa (ASCRIA) and the Indian Political Revolutionary Associates (IPRA). This took place before the arrival of Walter Rodney on the political scene. Given the commitment to working across racial and political lines, the WPA worked with the Indian community, Dr. Jagan and the PPP in opposing Burnham’s authoritarian rule. This relationship with the PPP ended after the failed PCD talks (for a consensus Presidential Candidate and a single slate) in the run-up to the 1992 General and Regional Elections. In spite of the racially polarised election results, the WPA did not seek political accommodation with the PNC; we resisted pressures from the African community to do so. Instead, we struck an agreement with the PPP that benefited both parties, by giving each an extra seat in the Parliament to the disadvantage of the PNC.

When it became clear after the PPP return to office in 1992 that that party was on an anti-workingclass path and was committed to racial domination rather than reconciliation and national unity, the WPA was forced to reassess its politics. The following developments informed our thinking: (a) The shooting with rubber bullets of nurses engaged in peaceful protest; (b) the regime policy of criminalisation of the civic right of protest; (c) the daily execution of African young men by the “Black Clothes” police; (d) the rise of State-sponsored death squads; the phantom killers; (e) the alliance between the rulers and drug lords; (f) the economic and social marginalisation of the African and Indigenous communities. These serious divisive policies emerged long before the PNCR/WPA alliance in 2011 that resulted in the formation of the APNU.

In both periods, pre- and post-1992, WPA politics was guided by the conviction that those in power were not governing in the national interest, and were consciously exploiting the racial insecurity between African and Indians. This “divide-and-rule” policy has destroyed the country, to an extent that it is the second poorest country the hemisphere.

Any objective observer of Guyanese politics would appreciate that the WPA‘s political decline started with the assassination of Walter Rodney. The racially-polarised elections in 1992 demonstrated that the multi-racial constituency that existed at the time of the Civil Rebellion had virtually disappeared because of the “genius” of Hoyte and Jagan in publicly defining the elections as a fight between themselves and their parties. In the context of Guyanese politics, it became a race battle, with both communities responding to the call of their respective leadership. The rest is history.

While this information may not be part of the young reader’s consciousness, the same can’t be said for Kissoon. He is well aware of these matters, but he conveniently ignores them in his analysis. He knows that the WPA, in every election since 1992, contested on its own, or in alliance with GLP or GAP, and did poorly. In fact, on those occasions, we would not have gotten into the Parliament if it was not for the votes of the Indigenous Peoples. To that community, the WPA is eternally grateful. Readers should note that in those elections, we were not accused by our detractors of betraying “Rodney”, but our electoral showings were poor anyhow.

Kissoon is a social/political scientist and a longstanding political activist who knows from his studies and research that no electoral party in any part of the world can do well in elections in the absence of a constituency that is responsive to its politics. The destruction of the multi-racial constituency in the run-up to 1992 and all post-1992 elections is the dilemma that confronts the WPA. Kissoon never addresses this reality in his analysis of the political situation when dealing with the WPA. Why? To do so deprives him of advancing his false thesis on WPA’s politics.

I have said all the above to establish that in Guyana, there is no credible multi-racial constituency that could make a meaningful difference electorally. Further, the present constitutional requirement for the pre-election coalition is detrimental to third parties. This has been borne out by our contemporary history, as in the case of the AFC. However, it suits Kissoon, the PPP, and our detractors to ignore this constitutional sleight of hand inserted into law in 1980. The WPA and other smaller parties are unable to change a law that is not of their own making.

Editor, WPA has been on the national political landscape for four-and-a-half decades. To the extent that the party members and leadership do not reflect what it was when the organisation was founded in 1974, or the period of the Civil Rebellion or the early post-Rodney years has more to do with the racial/political polarisation, the disappearance of the multi-racial constituency, and the migration of members and supporters to foreign shores rather than any policy action taken or not taken by the party’s leadership. This contradicts what is often peddled by our detractors, including Freddie Kissoon, who blames the leadership for all the present difficulties facing the party.

In closing, the WPA is mature enough (45 years) to appreciate the reality of Guyanese politics, and we accommodate this reality, since to do otherwise is “infantile politics”. In writing this response to Kissoon, it is my hope that young readers have a more objective understanding of the political challenges facing the WPA. 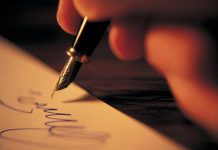 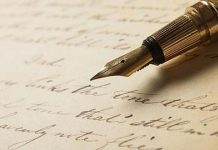