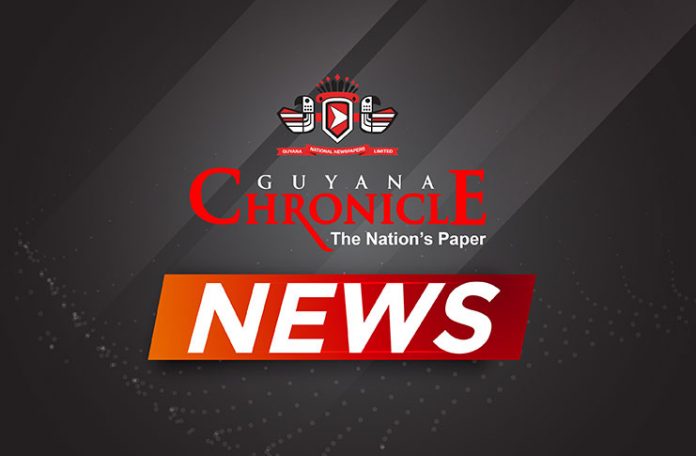 WEST Berbice People’s Progressive Party/Civic Officials who allowed an eight-year-old girl to take part in a picketing exercise had to rush the child to hospital for medical treatment after she was hit by a passing vehicle.

The accident occurred around 18:00 hours Sunday last while the PPP/C supporters were picketing a meet the people meeting at Blairmont Primary School West Bank Berbice in which Prime Minister Moses Nagamootoo and Minister of Communities Ronald Bulkan were participants.

Reports at the Fort Wellington Hospital stated that the child was treated for a head injury at 18:40 hrs. She was allowed to leave afterwards but her parents were instructed to return with her Monday for further treatment.

Meanwhile the presence of a child on a picket line and her subsequent misfortune sparked indignation at the level of the Regional Administration of Region 5. Regional Executive Officer Ovid Morrison said that his Administration had dispatched a letter to the Child Protection Agency asking them to investigate the circumstances of the child. He also chided the PPP/C officials including PPP MP Harry Gill for allowing a child at such a tender age to participate in a picketing demonstration.

He said:” I was on my way to the meeting when I saw this child in the picket line. The placard in her hand dwarfed her. She was so short that all I could see were her two feet. In the same line were PPP Member of Parliament Harry Gill and Chairman of the PPP controlled Neighborhood Democratic Council E Budhai. I was so amazed at this that I took out my telephone and took a picture of her. I learnt a bit later that she had been injured by a passing vehicle.”

He complained: “Putting a child in a picket line was such a callous act. Nothing less than child abuse. I don’t think that child could have even read what was written on the placard she was holding.” He reiterated that the Child Protection Agency had been contacted and asked to take investigative action into the domestic circumstances of the eight-year-old. He also called on the PPP/C to desist from using children in such a ruthless manner in aid of their “political shenanigans.” There were other reports that children were used in a picket demonstration outside the venue of a meet the people meeting at Bath Settlement on the West Coast of Berbice at around the same time Sunday last.

Gill in a letter late Monday afternoon said he had discouraged the little girl from being there, but the child’s mother assured him she would be safe as there was no one at home to send her to. “Since he was so concerned for this child’s safety and welfare, why did Morrison not call me, or ask the police officer standing nearby to talk to me about his concerns, rather than take photographs he can use as evidence to tarnish the image of the PPP/C and to score cheap political points.”

Gill said the child that had the accident with the cyclist was not the same child in the picket line that Morrison referred to and took photos of. He noted that a three-year-old boy was with his mother passing near the protesters, when the child broke away, ran onto the roadway and was struck by a pedal cyclist. “The mother of this child was not one of our protesters, had no placards, and may just have been a bystander going about her own business. Nevertheless, my EMT-D training immediately kicked into high gear, and I examined the child for head injury. Fortunately, a woman was nearby with a first-aid kit, and after applying pressure, gauze and bandage to stop the bleeding, I first dropped off the cyclist at the Blairmont Police Station to give a statement, then drove the mother and the injured child to the Fort Wellington hospital in my vehicle where he received immediate medical attention.” 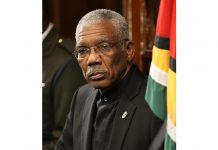 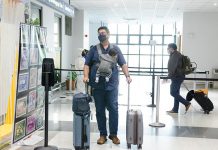 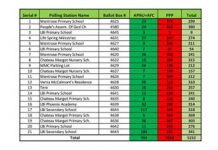