THIS spirit of cooperation is what India seeks in its diplomatic endeavours as the country shares its experiences and strengths with partner countries in every continent, at home and abroad, in domestic discourse and in foreign policy.
This is according to High Commissioner to Guyana, Dr. K. J. Srinivasa during his address at the 73rd Independence Day of India Ceremony held at the Swami Vivekananda Cultural Centre Bel Air on Thursday.

Reading from a speech that was issued and read by the President of India Shri Ram Nath Kovind on the eve of Independence, the high commissioner said the uniqueness and magic of India cannot be hidden.
“We are a young country, a society increasingly defined and shaped by our youth. The energies of our young are being channelised in so many directions – in a quest for excellence from sport to science, from scholarship to soft skills. This is heartwarming,” the high commissioner said.

Nevertheless, the envoy said the greatest gift the young and upcoming generations can receive is the encouragement and institutionalised culture of curiosity, especially in the classroom.
“Let us listen to our children – for through them the future whispers to us. I say this with the confidence and belief that India will never lose its capacity to listen to the feeblest voice; that it will never lose sight of its ancient ideals; that it will forget neither its sense of fairness nor its sense of adventure,” he stated.
Dr. Srinivasa continued: “We Indians are a people who dare to explore the moon and Mars. We are also a people who persevere to create a loving habitat for three of every four wild tigers on our planet, because it is characteristic of Indianness to empathise with nature and with all living beings.”

The Indian envoy said over a hundred years ago, the inspirational poet Subramania Bharati gave voice to India’s freedom movement and its expansive goals in the following lines in Tamil: “We will learn both scripture and science; We will explore both heavens and oceans; We will unravel the mysteries of the moon; And we will sweep our streets clean too.” 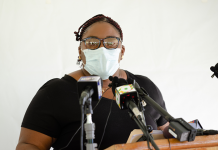 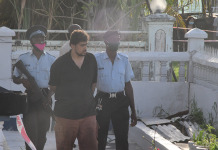