THE Guyana Elections Commission (GECOM) is awaiting the written High Court ruling before it decides on a way forward regarding the ongoing house-to-house registration.
“The question on the way forward, in some regards, was not determined…in the main because we are still not recipients of the written decision from the judge,” said Government-appointed GECOM Commissioner, Vincent Alexander, following the first meeting of the commission with their newly-appointed GECOM Chairperson, Retired Justice, Claudette Singh on Thursday.

Chief Justice (ag) Roxanne George-Wiltshire ruled that the ongoing house-to-house registration, being undertaken by GECOM, is within the confines of the Constitution, and is therefore legal.

The Acting Chief Justice, on Wednesday, delivered her judgement in a case challenging the constitutionality of house-to-house registration brought before the High Court by Chartered Accountant Christopher Ram, in which GECOM, Chief Elections Officer (CEO) Keith Lowenfield, and Attorney-General Basil Williams were the named respondents.

Despite the ruling being public knowledge, Alexander said there are some members of the commission who prefer not to rely on reports and third hand information. In that regard, the commissioners have agreed to await the decision and convene a meeting shortly after, which would, hopefully, be before Tuesday.

“If we receive the decision on Friday, we would need a day to consider it, so I guess we would probably meet on Monday,” said Alexander.

With a decision on the way forward still pending, Alexander said in his mind, house-to-house registration is still the available way to clean the Official List of Electors (OLE).
“I emphasised this because one could look to see, as we have done in the past, if there are other mechanisms that could provide for cleaning the list,” he asserted, adding that Claims and Objections do not provide the opportunity to clean the list.

Going forward, if the commission is to discuss other possibilities, Alexander said they would need to review the legal framework, but he contended that the legal framework always intended that persons who died should not continue to be on the list. He also said that persons who are not residents should not be on the list, since it is mentioned in Section 40 of the National Registration Act.

The Chief Justice, however, ruled that persons who were previously registered, even if they now reside overseas, cannot be removed from the National Register of Registrants unless they are deceased or have been disqualified. As such, persons cannot be deregistered if they fail to register during the ongoing House-to-House Registration and should be allowed to vote in the area or district for which they have been registered. When asked about his thoughts on that part of the ruling, Alexander said he has not read the court’s decision and will not comment further.

With a lot to discuss, he said the commission is going to have a discussion on an elections plan the next time they meet. “We sat today and decided that the CEO (Chief Elections Officer) will come to us with scenarios that could be used for the delivery of the election and it will include house-to-house registration, among other things.

“I am not sure if it is going to be new…we had a problem in the past where there was a refusal to discuss certain things, but I think we are now in the mood of discussing and we are putting everything on the table,” said Alexander.

Attorney-General Basil Williams, in commenting on this issue on Wednesday, said: “The important thing about this is that overseas voting was abolished in Guyana, and that’s why the qualification of residency was an additional one that was facilitated under Article 159 (2) (c), which spoke about additional qualifications, could be arrived at by the passage of act of Parliament, and that’s why the National Registration Act and also the Representation of the People Act contain provision for residency,” the Attorney-General explained.

He added: “Residency is a very important aspect because that is the only way you can locate someone for voting.” Williams maintained that Article 159 (5) states that GECOM can compile a register as was done in 2008 when a new register was compiled as a result of House-to-House Registration. GECOM, he said, would have to decide whether it will appeal that section of the ruling that addresses the removal of persons from the list.

“But what is very important is that House-to-House Registration is not unconstitutional; no date was ever fixed by the CCJ and she (Chief Justice) wouldn’t fix a date either, nor no election ought to be held within three months as they had contended and generally there was nothing that was asked for by the applicant that was successful,” the Attorney-General summarised.

For his part, Roysdale Forde, the attorney that represented Chief Elections Officer, Keith Lowenfield, in association with Senior Counsel Neil Boston, told reporters that the elections body would have to decide its next move. “Subject to further instructions, of my own opinion at this present time, I believe that there is a serious ground, a serious flaw in the decision to that extent and I would advise my client to appeal. The issue was never raised as part of the pleadings in the document. You heard that the court dismissed every application filed,” Forde told reporters outside of the courtroom. GECOM’s Attorney, Senior Counsel Stanley Marcus also indicated that he will be guided by the Elections Commission’s decision.

With the registration process going smoothly, the commission is set to commence training of elections officials from this weekend.

The GECOM commissioner said that training will be conducted in Georgetown at 20 centres and after this weekend it will go beyond the city. It was reported that Justice George-Wiltshire ruled that the Constitution and the Laws of Guyana provide for the conduct of house-to-house registration as a form of verification – a position that was argued by the Attorney-General and the attorneys that represented the Chief Elections Officer – Senior Counsel Neil Boston and Roysdale Forde.

As such, she ruled that the June 11 Order published in the Official Gazette by the then Chairman of the Elections Commission, Justice (Ret’d) James Patterson was in compliance with established laws. The order paved the way for the house-to-house registration exercise to be conducted from July 20, 2019 to October 20, 2019 – a period of three months.

The order, cited as the National Registration (Residents) Order 2019, stated: “Persons to whom this Order applies shall, in accordance with Section 6 of the Act, be registered under the process of house-to-house registration with reference to October 31, 2019 and the registration shall begin on July 20, 2019 and end on October 20, 2019.” It also applies to all persons qualified to be electors and all who, on the qualifying date of October 31, 2019, shall have attained the age of 14 years old.

While the constitutionally mandated deadline for the conduct of elections subsequent to a No-Confidence Motion has passed (March 21, 2019), Chief Justice George-Wiltshire pointed to the fact that, to date, there is no date fixed for which General and Regional Elections would be held. She reminded the parties in the matter that Article 106 (7) of the Constitution includes a proviso through which the National Assembly, by a two-thirds majority of all elected members, could extend the period for the conduct of elections. 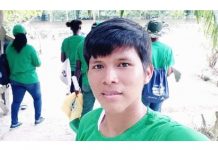 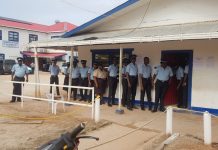 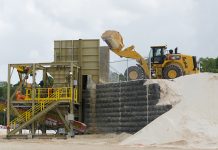